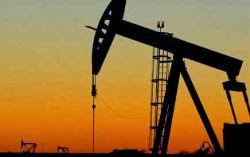 In its latest report on Iran’s oil and gas outlook, Business Monitor International said in its October edition of Fast Market Research that sanctions and continued cutbacks by key Iranian customers reinforce the negative outlook for Iran's oil sector.

The report said the current government scheme in offering improved terms to oil contracts long seen as uncompetitive by operators would not result in any significant new agreements as few national oil companies are likely to bite in view of US/EU/UN sanctions and fears of backlash.

Meanwhile, Iran is claiming a succession of major oil and gas discoveries that, if proven, demonstrate considerable upside potential to its existing resource base in the long run.

The report highlights the following trends and developments in the country’s oil and gas sector:

Iranian oil production and exports has fallen substantially since 2011 on the back of ever-tightening sanctions against the current Iranian government. We estimate that production in 2012 has fallen by around 17% from 2011 levels. In July 2013, the International Energy Agency (IEA) reported that Iran's July crude oil production was estimated at 2,65mn barrels per day (b/d), down 50,000b/d from June levels.

At present, we are assuming an increase in output beginning in 2014, with the change of administration in the country having the potential to modify the sanctions landscape. We forecast that production will rise to 3.9mn b/d by 2017, and reach 4.3mn b/d in 2022.

Over the near term, we see Iranian gas production rising at an average rate of 3-4% per annum, to reach 185bn cubic metres (bcm) by 2017, with demand rising to 180bcm. Our production forecast falls short of earlier Iranian government predictions that production would reach 200bcm per annum within the next few years."