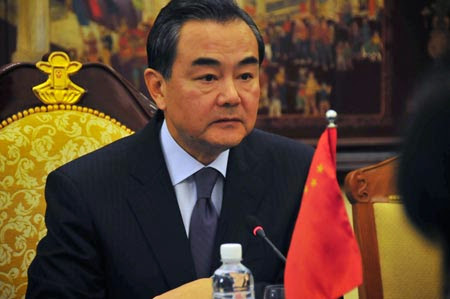 Foreign Minister of the People's Republic of China Wang Yi

Meanwhile, the Russian and Chinese foreign ministers have decided to go to Geneva. Sergei Lavrov and Wang Yi will travel to Switzerland on Saturday.

More hopeful news. The publicly stated Iranian goal is to achieve an agreement during this session of nuclear talks in Geneva.
Posted by Mark Pyruz at 12:15 AM

One of the new puppet masters of islamic regime.