Iran and West to draft nuclear deal in Geneva: report 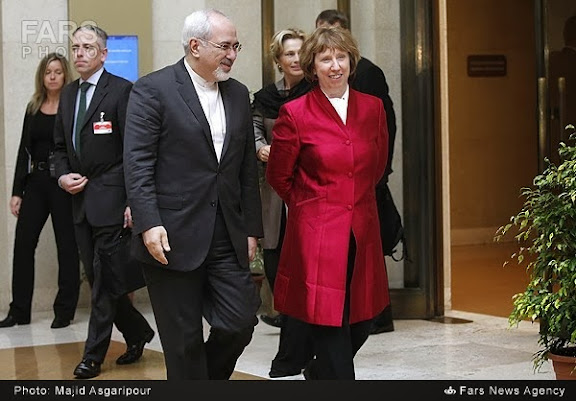 According to The Guardian:

Iranian and western officials will start drafting a nuclear agreement in Geneva on Friday after international negotiations made dramatic progress, Iran's foreign minister has told the Guardian.

As hopes of a breakthrough soared, the US secretary of state, John Kerry, is to travel to Switzerland on Friday to help seal an agreement which could, if successful, go a long way towards defusing tensions in the Gulf and put off the threat of new war in the Middle East.

A senior US state department official said: "Secretary Kerry will travel to Geneva, Switzerland, on Friday at the invitation of EU high representative Ashton in an effort to help narrow differences in negotiations."

Hopes are indeed high current Iranian compromise offers will be negotiated and ultimately accepted, where previous ones stretching as far back as 2003 all failed. It all hinges on acceptance of Iran's right to the nuclear fuel cycle, provided as a signatory to the Non-Proliferation Treaty (NPT).

Earlier in the negotiation process, a U.S. senior administration official stated explicitly that "the United States does not believe any country has a right" to the nuclear fuel cycle. This position was also maintained by U.S. lead negotiator Wendy Sherman, in comments put forth last month in testimony to the Senate Foreign Relations Committee.

For a discussion on the "Scope, Meaning and Juridical Implication of the NPT Article IV(1) Inalienable Right" (i.e. right to the nuclear fuel cycle) written by Professor of Law Daniel Joyner, click HERE.
Posted by Mark Pyruz at 12:38 AM

Basically iran will have a tiny bit of sanctions relief for capitulation. But they won't be where they were 8 years ago and have suffered greatly. Unfortunately It shows the world how to deal with iranians. If they take 10 beat them down until they're being to give you back 100.