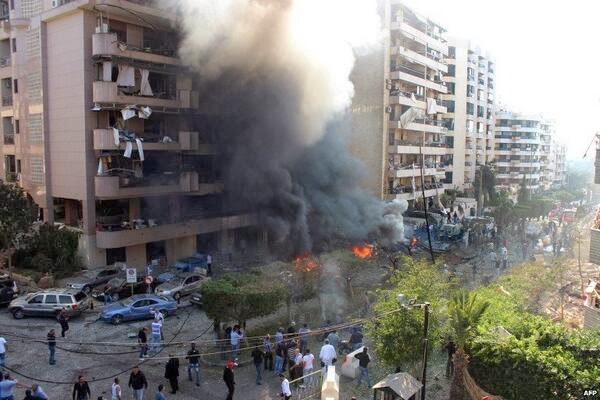 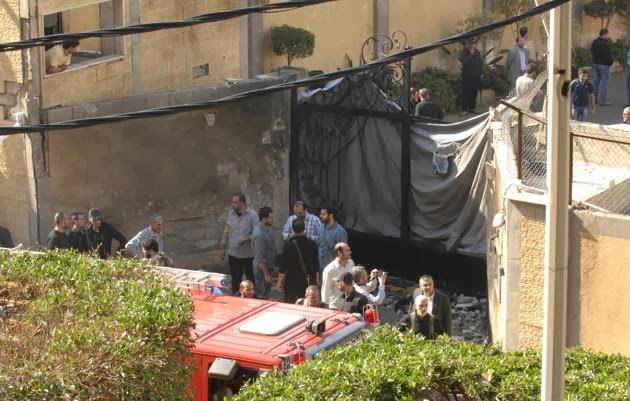 
Lebanese television stations said at least 150 people were wounded, but they quoted Iranian diplomatic sources saying none of their staff inside the embassy was hurt. However, Mehr News Agency reported that Iran’s cultural attaché Hojatoleslam Ebrahim Ansari was critically injured during the explosions and has been transported to the hospital.

“At one entrance of the Iranian embassy I counted six bodies outside. I saw body parts around and thrown two streets away,” Reuters television cameraman Issam Abdullah said from the scene. “There is huge damage; it looks like it is a car bomb. One car is twisted there. There were two Mercedes cars badly damaged,” he added.

The explosions were the latest in a string of bomb attacks in Lebanon, which has fallen prey to Shi'ite-Sunni sectarian violence linked to the two-and-half-year conflict in Syria.


Sunni rebel groups have condemned the increasingly critical role played by Iran’s Quds Force, its Lebanese ally, the Hezbollah, and QF-affiliated Iraqi Shia militias in the Syrian civil war. Late last year, as the result of the Quds Force and Hezbollah’s direct involvement in the conflict, the tide of war turned in favor of Assad’s regime. The explosion at the embassy today could be the work of Al Qaeda-affiliated militant Sunni groups fighting in Syria.


Fires engulfed cars and facades of some buildings were torn off and carpets of shattered glass from nearby buildings covered the bloodied streets but the embassy's well-fortified building itself suffered relatively minor damage, Reuters reported.

“Whoever did this is a monstrous terrorist...The resistance (Hezbollah) message is that it will continue. It will continue in all its efforts to defeat Israel and defeat the terrorists,” said Ali Ammar, a Hezbollah official. (Reuters, 19 November)

Only fools can make foolish comments.

After all the embassy attacks carried out by the embassy-bombing Khomeinist Terrorist Tyranny, the chickens have come home to roost for the IRI Thugocracy.

@-so you are telling us that the US Government is a terrorist entity for its constant hits in Waziristan,Yemen and Somalia! targeting fellow terrorists!.

-why don't you relocate to a 'Women only' blog and POST what you want ?-

Agree.They are reaping the whirlwind.

As a means of directed firepower, these types of attacks undertaken by Takfiri fighters are best identified as a form of human artillery or mining. More and more they seem to be the preferred resort in their failed war in Iraq, and their failing war in Syria.

n terms of context and military effect, ithis type of warfare is somehwat analagous to the Vergeltungswaffen campaign (V-weapons) undertaken by Germany in the mid-1940s.

There are how many Sunnis around the world ? 1,5 Billion ? Good luck for Iran to begin a fight with them while heavily under Sanction and bankrupt; that is really the sensible thing to do right now - really : ) ...

it's just Iran's own ugliness being directed at Iran.

B.M.A....In case you forgot and thanks to Uskowi I already post what I want !
No,I'm telling you that both the Sunni terrorists and the Shiite terrorists deserve each other.
And your disdain for women shows your true colors.

Unfortunately some of khomeini's old monkeys on this blog :o(

You should not be surprised about BMA 's comment about "women only blog"
He is a perfect muslim !!

I didn't realize that Mark is old

So you support sunnis starting a fight with Iran?

All Abrahamic religions are savages.Islam is the worst of the three.

No not with Iran but with the terrorists that are occupying Iran.

"However, Mehr News Agency reported that Iran’s cultural attaché Hojatoleslam Ebrahim Ansari was critically injured during the explosions and has been transported to the hospital."

Open your eyes and read. I am not contradicting myself,Anon 4:42 PM.

The reality is that al qaeda/wahabi/fsa terrorists are fighting against Iran and anyone else in the region that does not support them.

just one of very many things unrealized by you, I'm sure.

Western Galilee Hospital in Nahariya, Israel, where scores of Syrians have been taken for treatment.

Then it is not the only terrorist regime, as the zionist regime has demonstrated.