IRGC claims it has no combat troops in Syria 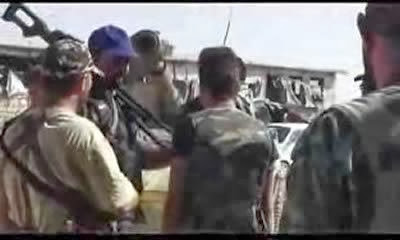 “We categorically deny the presence of any Iranian battalion in Syria,” Sharif said.

“As frequently declared, Iran has no organizational battalion in Syria and is only present in the country at the level of military attachés to transfer its defense experiences to the defenders of Syria,” he added.

There has been a recent flurry of claims and counter claims of Iranian combat troop participation in the Syrian conflict, revolving around Iran's Mehr news agency reported IRGC-QF Lieutenant Brigadier General Mohammad Jamalizadeh Paghaleh, and the public admission of Iranian lawmaker Javad Ghoddusi Karimi that Iran has "hundreds" of troops fighting in Syria (subsequently denied).

The admission of Iranian advisors is interesting. The Syrian Army under Ba'ath Party control has considerably more experience fighting episodic insurgencies as far back as 1964, with significant flare-ups in the 1970s and '80s, in addition to the current conflict. They also had experience during the end game of the civil war that took place in Lebanon. If the IRGC role in the current Syrian conflict indeed involves a level of direction and if the Syrian government is able to ultimately withstand the insurgency, it will mark another success to accompany its previous role in Lebanon's repulse of an IDF invasion in 2006.

It is believed allied Shia fighting forces taking part in the Syrian conflict include Lebanese Hezbollah, IRGC, and Hezbollahi combatants from Iran, Iraq, Azerbaijan and various other Shia locales in the region.
Posted by Mark Pyruz at 1:28 AM

Sharif's claim is, of course, disingenuous and dishonest, which means that it fits in perfectly with the stuff published by the fanboy on this site.