According to IDF sources, six Iranian made C-704 "Nasr" AShMs have been found on the intercepted cargo ship Victoria. 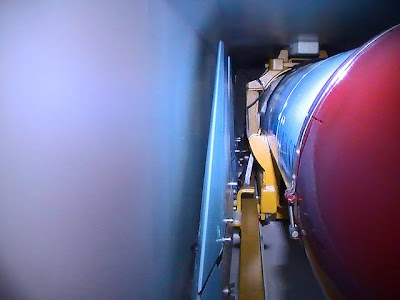 A container aboard the Victoria holding a C-704 "Nasr"
The IDF has released an inventory of weapons found on the Victoria:

It's an interesting selection of arms. Had the AShM delivery been successful, it would have provided quite a surprise. It's not certain they would have solely been used in the ASh role either, perhaps offering a more variable missile strike capability for Gaza defense forces. Mortar ordnance, also, is in demand given the immense tactical strengths of the IDF and the relatively puny resources of the Gaza defense forces.

Given the successful deployment of somewhat larger Iranian AShMs during the 33-Day war, we're left to speculate on the effectiveness of a C-704 in the Gaza theater, particularly had its successful deployment possessed the element of surprise. It's relative size would have better facilitated delivery through the current blockade and provided Gaza defense forces with a considerably more potent strike capability; this force which has had to make due with the meager resources of crude, homemade rocket artillery types of negligible tactical value. 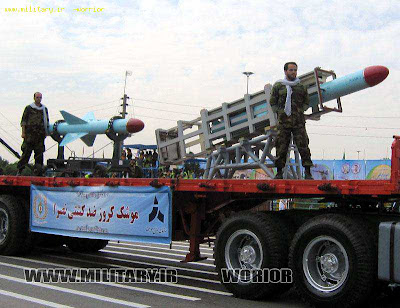 Strike capability? Strike what? Those Jewish firestations,schools and shopping malls they keep on missing with the Kassems?

What do you think the result of 6 effective strikes, with anything, would be? The IAF bombs the crap out of Gaza for missing!

I'm of the opinion that somebody else bought those 'Nasr's and doctored them all up nice for the take-down and photo op. Anti tank missiles would have been more appropriate for Gaza. Smaller portable, and preventative to the main threat.