IRNA is reporting that Iran has launched a Kavoshgar-4 (Explorer-4) rocket carrying a test capsule into space on March 15.. All systems of the new rocket were reportedly tested including capsule separation and reentry, as well as biological support with what appears to be a mock primate.

Iran is establishing the technical means to support its publicly declared goal of sending a human into space by 2022. 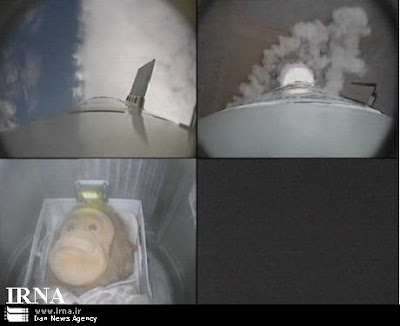 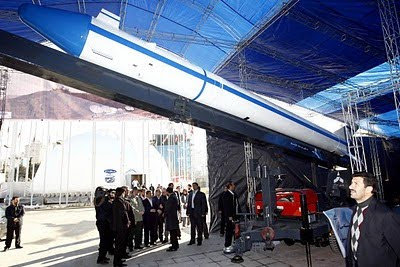 File photo: Kavoshgar-4 unveiling during 10 Day Dawn
Posted by Mark Pyruz at 3:12 AM

support will go to not be of use but to send a poor monkey into space. enfurese much that if I have to see this poor animal was just sufriendo.espero live and make it up myself if I did not order Israel to bonbardearlos ah.

Juanito, it is not a real monkey ;)