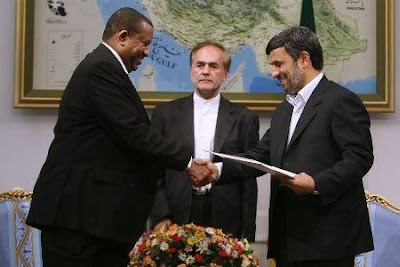 “Iran and Sudan will always stand together and the enemies cannot damage the relations between the two nations,” Ahmadinejad said. “There are many areas to increase bilateral cooperation whose activation will cause increasing progress and prosperity in the two countries,” he added [IRNA, 28 March].