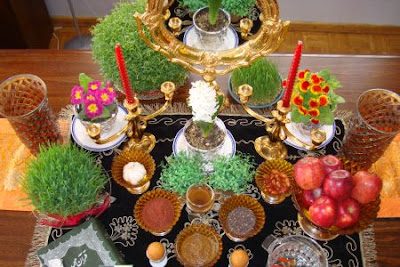 Norouz, which coincides with the first day of spring on the solar calendar, is celebrated as the New Year in Iran and the neighboring countries.

Email ThisBlogThis!Share to TwitterShare to FacebookShare to Pinterest
Labels: Norouz