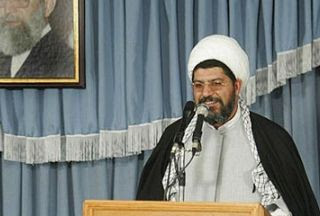 Is a very strong declaration,if Iran does it,it means without any doubt,Iran has the power to do it.

Iran and Turkey should cooperate in breaking the Zionist chokehold over Gaza. Turkey has the second largest military in NATO and a very powerful navy with bases in Cyrus that can provide aircover and logistices. The Zionist "navy" is basically a coast guard with missile boats and a few German submarines. Even a Hezbollah C-802 took out the pride of the Zionist "navy" Hanit off the coast of Lebanon in 2006.

I don't think even an arrogant murderous buffoon like Nethanyahu will dare attack a Turkish ship with Prime Minister Erdogan on it, especially if Ahmadinejad joins him. What is really needed is a swarming of the Gaza coast with hundreds of aid vessels in a flotilla. So far the Zionists have excelled in killing unarmed aid workers and civilains, it would be interesting to see how they respond to a peaceful international aid flotilla escorted by a NATO ally. It is time to test this theory.

i believe israel must be litter smarter than that to realized they are far more preappered to look ten more move ahead you can not wine this game of one time attack any more as you did in iraq nuclear power plan and seria this is the bigger than your mouth than if you try to swallow will be chock to death my advised left the blockad of gaza before to face total distraction of israel they mean to do the business they will make larger coalation around the world every one will participate in this naval forces such birzil ,vanazuala, latin amirica, midle east africa country some europian country theirfore nochances for israel and us to face such powerful forces in the world to continue for blockad also us will stay away such unjust action of israel done last week so face total distroction or face to release gaza blockad either way you lost the game israel.

yeah very brave. The country is in ruins. Toman is lowest over thirty years against dollar and all they are worried is Gazans. How about Iranians themselves? How many Iranians know these arabs/palestinians. There are twenty Arab countries. None of them has come out with this idea and most of them have far deeper pockets than Iran. Even Turkey another near banckrupt country living off charity largly from US and Germany has not said anything like this. But of course Iran has to do it. It sounds like that stupid argument about Holohoax. Whether it did happen or not what has it got to do with Iran? Iran has far more priorities closer home than worrying about Gaza. Iran should get its priorities right.

Theoreticaly the Iranian currency should be stronger, after all it has the commodities the world needs. However you and me know that the dollar manipulation is done by Zionists so whatever Iran does it will be constantly harangued. Want to see them tough child beaters of Gaza see this picture
http://friday-lunch-club.blogspot.com/2010/06/ya-mama.html

They will only (red crescent) ships with civil und medical aid to Agypt.

Sending a War ship is not possible without approval of Agypt.