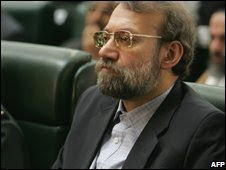 As the new speaker, Larijani is expected to be more vocal than his predecessor on major foreign policy issues facing Iran. His diplomatic acumen during his two-and-half year tenure as the country’s chief nuclear negotiator gives him high credential to influence Iran’s nuclear policy.

The Majlis speaker in Iran is a powerful position. On internal politics, Larijani is expected to questions some of the policies of the current administration, especially regarding the economy. Larijani is widely expected to challenge Ahmadinejad in the upcoming presidential elections, scheduled for May 2009. Although a fellow conservative, Larijani is seen as more of a pragmatic than Ahmadinejad.