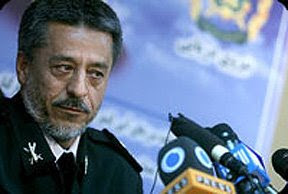 He added that under the guidance of the Leader of the Islamic Revolution, the Iranian navy had reached a level of self-sufficiency in producing its required technology.

The imposition of sanctions on Iran has encouraged a campaign for self-sufficiency in the country's defense industry.

What the Admiral is pointing out is that Iran's defense is based on deterrence, and that a relatively strong and naval presence is required in the Persian Gulf to protect Iran's national interest. He also points out the ability of the Iranian defense industry to equip the IRIN with indigenously manufactured weapon systems such as missile boats and anti-ship missiles.
Posted by Mark Pyruz at 10:51 PM

hello there thanks for your grat post, as usual ((o: