President Bashar al-Assad's forces fired rocket and artillery barrages on a besieged mountain town near Lebanon on Monday in a push to capture the strategic area following advances against rebels in Damascus and in the north of Syria.

In a separate setback for the fighters, a prominent rebel leader died overnight in a Turkish hospital of wounds suffered in an air raid on Aleppo. Abdelqader Saleh, head of the Qatar-backed Sunni Islamist al-Tawhid Brigades, had been working on regrouping fighters in Aleppo before he was killed.

Heavy bombardments hit Qara, 80 km (50 miles) north of Damascus in the Qalamoun mountains, as rebels hid in the rocky terrain, refugees and opposition activists said. Located near the highway linking the capital to Aleppo, Syria's biggest city, the region has been used by rebels to cross from Lebanon.

Assad's forces, backed by Shi'ite militia allies from Iraq and Lebanon's Hezbollah movement, have captured key rebel areas on the edge of Damascus and in Aleppo.

Syrian and Shia fighting forces have recently captured key rebel areas on the edge of Damascus and in Aleppo, their biggest gains in the suburbs south of Damascus, where army troops backed by Lebanese Hezbollah and Iraqi militia forces have captured five towns since Oct. 11. The latest to fall was Hejeira, which SyA troops swept through last Wednesday, just days after capturing the adjacent suburb of Sbeineh. [Source: Reuters]

Additionally, it's said several Iranian and equivalent to two squads of SyA soldiers were taken prisoner on November 15 during fighting on the outskirts of Damascus.

Also claimed are several IRGC-SF casualties taken on November 16 possibly as part of an air assault operation north of al-Safira attempting to capture a stretch of highway to Aleppo.

Shia fighting forces Hezbollah Brigade Commander Ali Shbeeb Mahmoud recently succumbed to injuries said to be sustained in battle during the successful retaking of 80th Brigade army base, situated a few hundred meters from the airport (ALP / OSAP) on the eastern approaches of Aleppo. 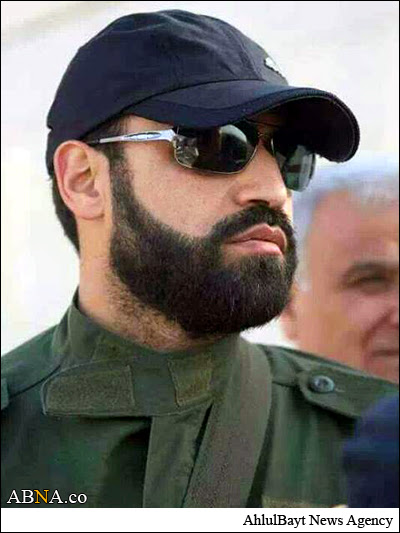 The guy looks like a Londoner Kebab guy around the corner. Their names are also abdul..something....
Like Amreicans six pack dudes who are all called Jim, Jack and Joe and etc.

My calculations ?? Another decade and a half, then the ME war would be over, Iran like Cuba will still be at odds with USA about this and that, Saudi Arabia would have been divided in 3 countries and Israel could possibly have moved to somewhere colder. ;)

well, my guess is as good as yours..

Terrorist propagandist who lives comfortably in the u.s..

das ist of course not true
if you ever was im iran, you can recognize that iranm has a large gas infrsstructure, the last village in no where is supplied by gas pipelines.
the Company have to invest a lot of money in infrastructure, it has debt but a large number of customer and larfe debits.
here can you read it, if you can persian
www.tabnak.ir

Absolutely brilliant. May this go on for a long time. The world be a much better place with less crazy zealot Hezbollah shia and Takfiri , Al-Q idiots. Lets hope they will continue killing (Beheading each other) and blowing up each other for many many years to come........

@ Tabnak, Now you can maybe become the leader of sunni world (and western world of course too) after you have bankrupted Iran

They are all scum.

There is an autonomous region in Russia with the "jewish" ancestral roots's governor.

Stalin proposed the Russian "jewish" community to create an exclusive region.......for them, in addition to important government positions.

That autonomous region is the perfect place for zionists.