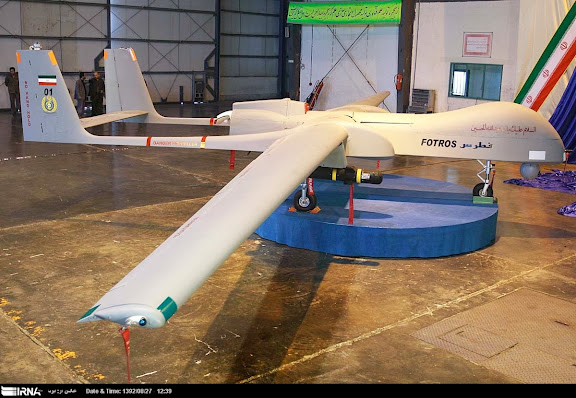 Iran today publicly unveiled its Fotros "strategic drone," days before the next round of nuclear negotiations with P5+1 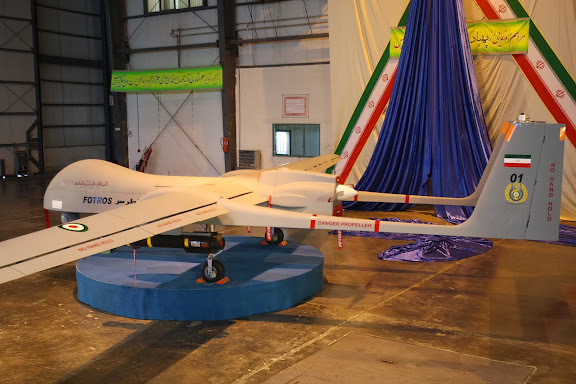 Fotros UCAV is claimed to possess a projected operational radius of 2,000 kilometers, service ceiling of 25,000 feet and 16 to 30 hour endurance. 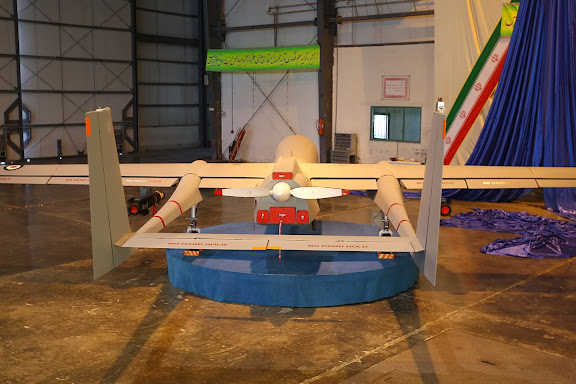 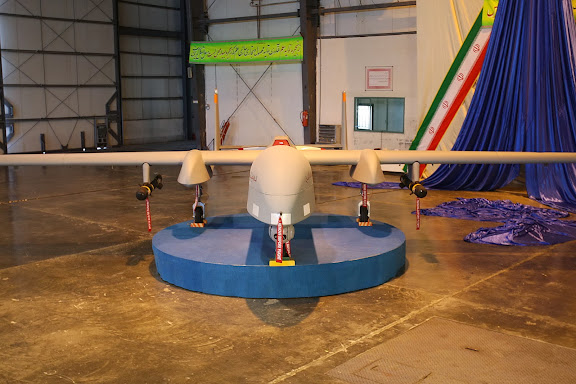 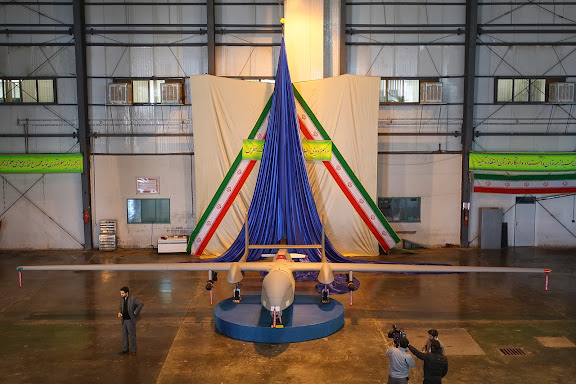 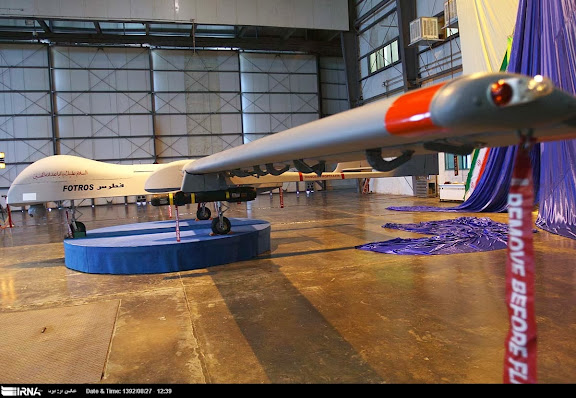 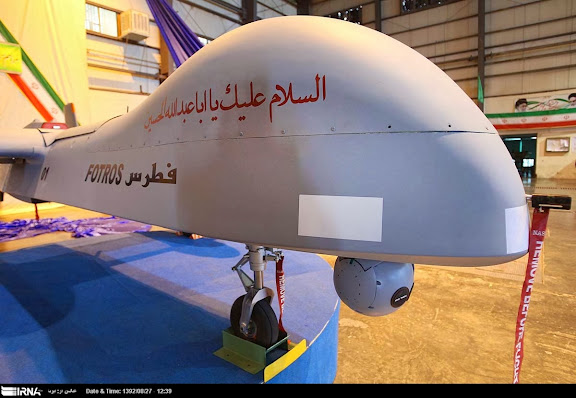 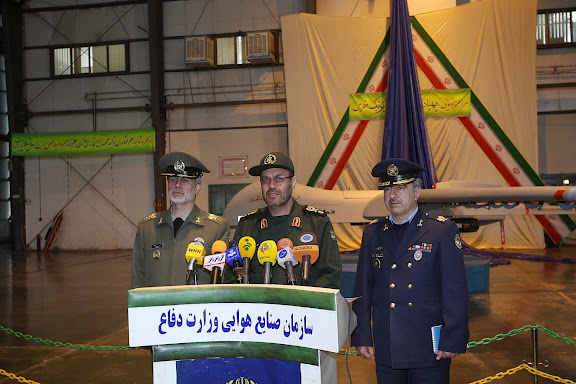 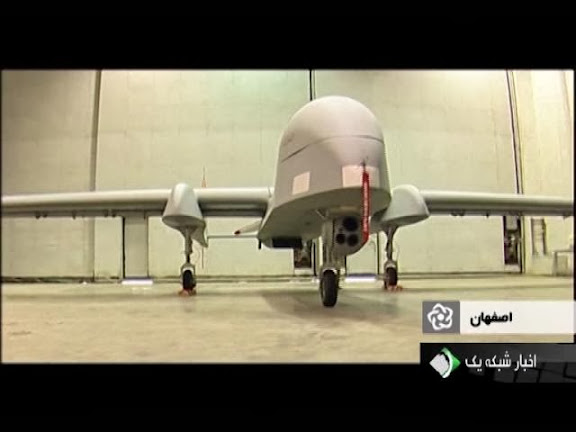 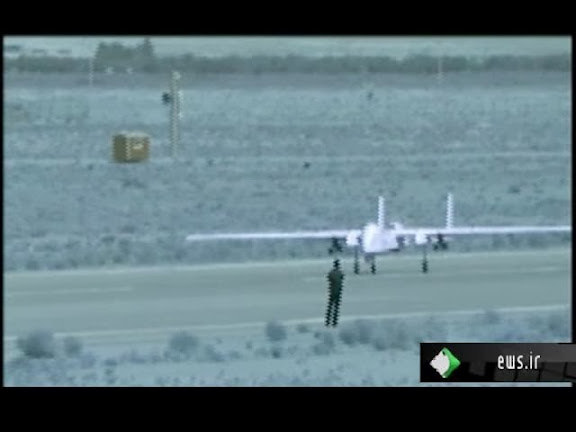 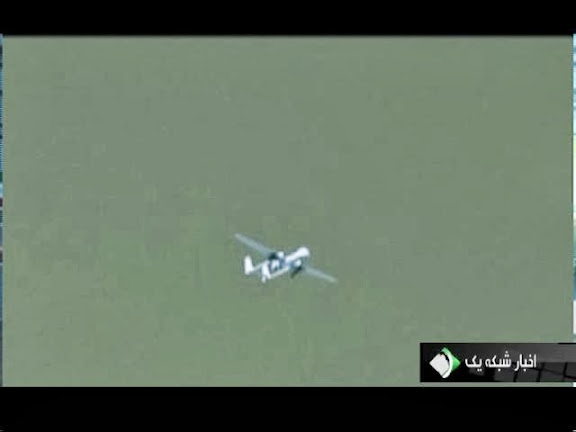 Let's hope that the loose riveting at the front is not a reflection of the overall built quality and functionality of this impressive looking beast.

" In the eastern port of Wonsan, the authorities gathered 10,000 people in a sports stadium to watch the execution of eight people by firing squad, the source quoted one eyewitness as saying.

Most were charged with watching illicit South Korean TV dramas"

stay tuned to fanboy for propaganda announcements of North Korean drones (other than the current fat boy, son of the last drone)

readerNovember 18, 2013 at 5:11 PM
Its not that surprising that you would see that sort of thing on a prototype,all in all it looks pretty good,I am curious about the missiles tho` they could almost be the hellfires twin,but then I wouldnt be at all surprised if they acquired some of those and then reverse engineered them

Islamic regime has a few thousand drones and they are known as Basij.

those who ignore rapid defence advances of the Islamic Republic, will have another bad news, because the IRI has also completed designs of the ASEFEH project, which has been designed as a anti-cruise (cruise missile) system.

It comprises a 23mm type Gattling cannons' systems, that can make 900 shots per minute.
Apparently it will be also used on the warships of the Iranian Navy....

Anonymous November 18, 2013 at 6:54 PM
And how many people has americas good friend and ally saudi arabia beheaded for equally stupid reasons lately?,but then I guess you`re not so concerned about those are you?

that is very simple, bringing something a bout nord corea as response to iran is just ridiculous

Looks similar/influenced by the French EADS Harfang drone...Any info on Iran capturing or getting their hands on one as a source? Also, interesting Iranian "Hellfire" missiles hung from the wings. Is it safe to say Iran has a program to reproduce the Hellfire in any numbers?

Excellent point, Anonymous November 19, 2013 at 4:30 AM. The anti-Iran people only care about human rights and justice when they can be used against their enemies. In other cases, including those of the undemocratic dictatorships that they support, their silence is deafening.