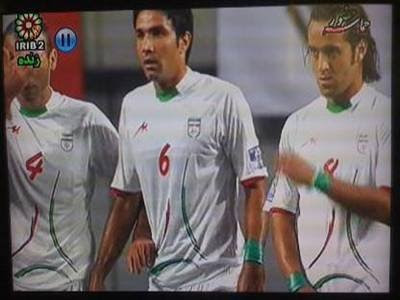 Members of Iran’s national soccer team wore green wristbands in their match against South Korea in Seoul today. The green started as the color of Mousavi campaign and is now used as a symbol of opposition to the government. Millions of Iranians watched the game live on their televisions.
The gesture by the Iranian national team, revered in the country, is another manifestation of the depth of the movement. During the half-time, the government representatives forced the team to take off their wristbands.
Posted by Nader Uskowi at 1:07 PM

I hope the Iranian football authorities ban these players for bringing politics into the beautiful game.