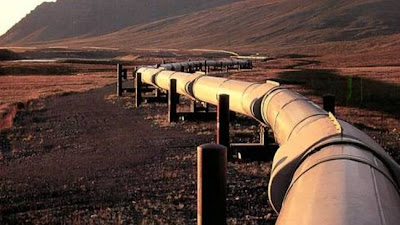 Pakistan’s Minister of Information Firdous Ashiq Awan said today that the Iran-Pakistan (IP) gas pipeline project is vital to Pakistan’s ability to solve its energy shortage. She added that Pakistan would resist against any foreign (U.S.) pressure regarding the issue [IRNA, 27 March].

The multi-billion-dollar planned gas pipeline would export 21.5 million cubic meters a day of the Iranian natural gas to Pakistan. IP was originally planned as IPI, with India being the third participant in the project. India pulled out last year.

The Iranians have already completed the construction of 900 kilometers of the 56-inch pipeline between the Asaluyeh gas fields on the Persian Gulf and the town of Iranshahr near the border with Pakistan. The Pakistanis, notwithstanding today’s remarks by the minister, have not yet begun any construction work on their territory. Pakistan has also announced its commitment to the rival Turkmenistan, Afghanistan, Pakistan and India (TAPI) pipeline project.


The Iranian Oil Minister says the country’s engineers have hit a new world record in building gas refineries despite tough US and European Union sanctions imposed on Iran’s energy sector.

“The record shows 62 percent physical progress [in building a gas refinery] in 20 months, which has been achieved under conditions of [international] sanctions,” Rostam Qasemi said on Tuesday.

The minister stated that the new record has been registered by Iranian specialists working in the South Pars region.

“Achieving the new world record in building a refinery has been a great honor which was made possible through technical planning and integrated management,” he said.

Qasemi noted that the previous best world record was 52 months and was achieved by foreign companies which faced no problems in terms of financial resources and equipment.

“Despite problems caused by [international] sanctions for procurement of certain parts and equipment, domestic specialists broke the world record for building a gas refinery in the South Pars [region],” he added.

The Leader emphasized that if domestic production prospers, most of the enemies’ efforts will undoubtedly fail.

the pipeline is something that pakistan could really use and if the iranians build Pakistan's portion of the pipeline for them and supply the gas at little or no cost Pakistan promises to be somewhat grateful.... but not publicly too grateful because Pakistan is a proud and sovereign nation .

mat-- the refinery is a really good idea for Iran...seeing as they're not going to be importing much gasoline or exporting all that much oil.... the rather substandard gasoline that iran has been producing for so long, and which has transformed the air above Tehran away from the characterless clear thing that it used to be and created those colorful beige tones is not merely a national embarrassment but a health hazard as well.

best of luck and let's hope that the average Iranian can afford to buy some of the new refined gasoline once the subsidies end.