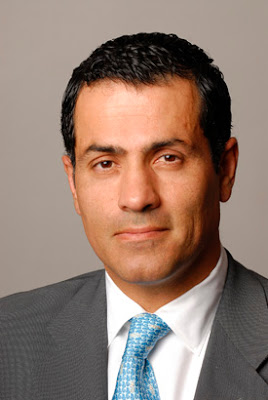 Vali Nasr, an Iranian-American and a leading Middle East scholar and foreign policy advisor was named the dean of the prestigious School of Advanced International Studies (SAIS.)

Nasr, 51, has been a professor of international politics at Fletcher School of Law and Diplomacy since 2007. He is a senior fellow at the Brookings Institution and a member of the US State Department’s Foreign Policy Advisory Board. For two years, from 2009 until last year, he also served as special adviser to Richard Holbrooke, who was then the president’s special representative for Afghanistan and Pakistan. Nasr, 51, will join SAIS on July 1.

SAIS is a leading graduate school of international affairs with a stellar reputation for preparing its students for careers in government and international organizations. The school was founded in 1943 and is a Washington-based division of the Johns Hopkins University.

Now compare him to the clown that we got in Iran as president; what a tragedy ...

You mean the clowns that rule Iran today?

Good for him, I see the dude from Istanbul seems bored again lol

By my personal calculation, the whole average of those iranians' I.Q.s are much higher than of those americans'. I guess so.