Iran's Defense Ministry has supplied a number of newly developed anti-ship coastal cruise missile systems to the country's Navy as part of the country's broader plan for enhancing its defense capabilities.
The new coast-to-sea missile systems were officially transferred to the country's Navy in a ceremony attended by Commander of the Iranian Army's Navy Rear Admiral Habibollah Sayyari and Iranian Defense Minister Brigadier General Ahmad Vahidi.
"These sites have been developed in three types, including light sites, independent sites and extensive sites that include target detection, missile launch pads, radar guidance systems," Vahidi noted, adding that all the designing and development phases of these sites have been carried out by the Iranian experts.
Vahidi noted that deployment of these systems along coastal lines will provide Iran with the capability to identify, detect and destroy multiple targets thorough a single command and control center. 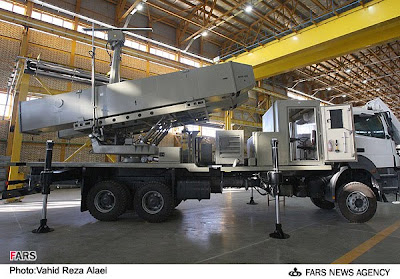 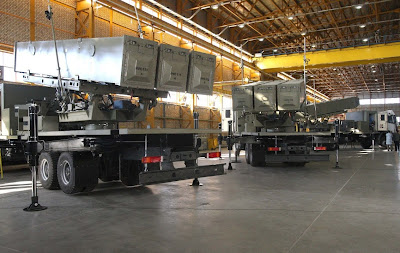 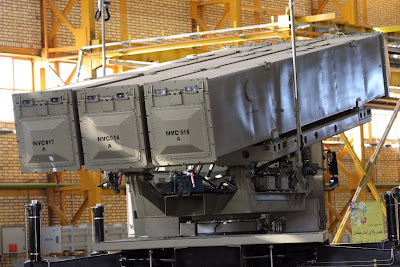 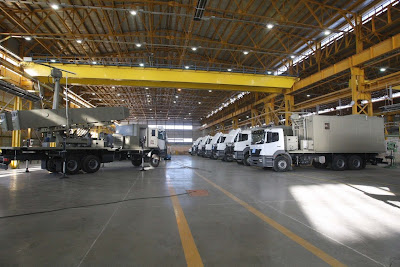 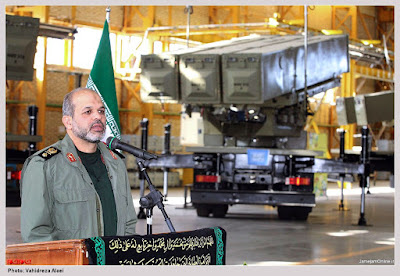 IRGC Brigadier General Ahmad Vahidi at the transfer ceremony. He has certainly aged during his tenure as Iran's Defense Minister. 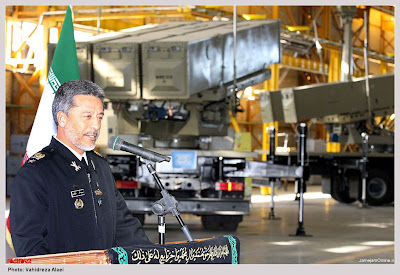 I hope they keep the top view profile of these mobile units as variable as possible to avoid location tracking using very simple satellite image processing techniques. I don't pretend to be an expert in the technique, but I have seen demonstration of how super computers can be used to analyse real time satellite images for peaceful civilian applications.

Probably Nasr's. Can't remember seeing those "swivel launchers" before but the main news item would be "through a single command and control center". This was also a claim about their "S-300" (... or was it S-200?) air defenses. Guess they've been busy laying extensive fibre-optic networks lately... and not so lately.
-

...it would be nice if they could launch a Nasr from a submersed (YJ-8Q) Ghadr submarine but there are too few Ghadr's to make a difference I guess.
-

Most likely Noor not Nasr.

To keep matters factual, these are new improved RAAD missiles which are an advanced C-802 based on extensive trails and Iranian requirements. The Raad's range "triples" that of Iran's Noor missile, already deployed by Iran's armed forces in numerous configurations and which has a range of 120 kilometres (75 miles). The Raad's are both ship to ship and shore to ship with GPS and terrain hugging capabilty and ECM.

Farsi media and defence blogs have had extensive coverage of this important Iranian defence accomplishment. State radio and television had earlier reported that the Raad has a range of about 150 kilometres (90 miles).

The Raad missiles can be used shore-to-sea or ship-to-ship, and they will be installed on Iran's Persian Gulf coast or islands or on warships, the defence minister said. Three different launch platforms are planned for extensive deployment.

Iran has over 36 islands scattered in the Persian Gulf, so it will now have plenty of defence capability in the region and second and third strike capabilty with missile swarm launches from both protected concealed and mobile launchers from land, sea and air. The Persian Gulf will be one big inferno for any aggressor.

these launchers are the same as the ones being mounted on pakistani navy f-22 frigates. chinese c-802.

You're absolutely right.
The Nasr boxes are more "square-ish".

So Noors then (or RAADs?... please show a picture link to current models).
-

These are indeed C-802 mass produced under the accelerated 'Tondar' project. These are more advanced versions of the highly effective Chinese The Yingji-82 (C-802)with a bigger warhead and advanced GPS guidance systems and electronic countermeasures. The Iranian version is similar to Chinees C-802A: Range extended to 180 km, displayed at the 2006 Zhuhai airshow. Iran has apparently modified them to C-803 standard with GPS/TERCOM guidance.

TERCOM does not work over the water, so there is no point having that technology on the ASM. ECM too. Iran does not have TERCOM or any other similar technology at this point in time, c'mon, be real.