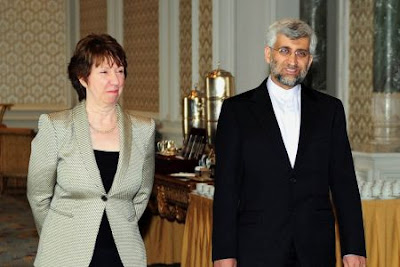 The second day of nuclear talks between Iran and six major powers will take place on Saturday at Ciragan Palace in Istanbul. Iranian officials have said the first day of negotiations were held in a “positive” atmosphere.