Iranian solutions to the Afghanistan situation 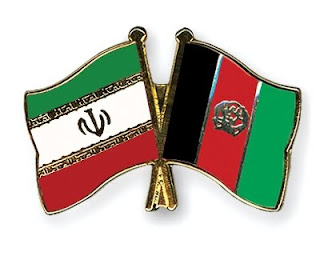 Iran's Foreign Minister Manouchehr Mottaki has called for a regional solution to the situation in Afghanistan stating that western forces were only adding insecurity and the increased trafficking of opium:

In a speech he outlined five solutions to the conflict in question:

(i) The Afghan Constitution is the greatest achievement of the country and hence needs to set the criterion for any measures to be taken in the country. Besides that, the process of government formation and the reinforcement of civil institutions should be supported by the international community.

(ii) The presence and increase of foreign forces will not help the situation in Afghanistan. Afghan people and government need to be trusted and a timetable for the withdrawal of foreign forces should be set as well.

(iii) A double standard policy on fighting terrorism has to be avoided.

There can be no solution in Afghanistan, Iraq or anywhere in the region without Iran's assistance. The northern alliance of Tajiks, Hazaras and Uzbeks are all Farsi speaking and mostly Shias whose first loyalty, like all global Shia's is to Iran.

The US owes its early success against the Taliban and Pakistani ISI funded Wahabbis to active Iranian intervention on behalf of the Northern Alliance after the assassination of Ahmad Shah Massoud. IRGC was particularly active in arming and supporting the Northern Alliance from its bases in Panjshir and Kunduz in expelling the Taliban thugs from the region and eventually marching into Kabul under General Fahim.

Iran has been the biggest real active economic donor in western Afghanistan, particularly Herat region, where just about every consumer good, foodstuffs, electricity and even gasoline comes from Iran. Ismael Khan remains an Iranian asset in Herat.

At least 2 million Afghan refugees live in Iran and their lot is far better than the poor Afghans in US occupied parts of the war ravaged occupied nation, particularly the Pashtuns who have bore the brunt of NATO atrocities. Many Afhgans have been educated in Iran and thousands work in the construction and service sector jobs, sending back over $3 billion in remittances, greater than all of US and NATO civilian aid. Iran's direct economic aid to Afghanistan is in excess of $1.7 billion in 2009-2010.

So if the US in its perpetual hubris thinks that they can enforce a "solution" in Afganistan behind Iran's back or at Iranian expense, they have a thing coming.