U.S. entities are now prohibited from any transactions with Iran Air, which serves 35 international and 25 domestic destinations with a fleet of about 40 aircraft.

The sanctions on Iran Air could increase difficulties in the airline's operations that started last year when airports in many Western countries stopped refueling Iran Air planes because of U.S. sanctions prohibiting the export of refined petroleum products to Iran.

Treasury said Iran Air and its Iran Air Tours subsidiary were put on the sanctions list because its passenger aircraft have on numerous occasions transported military related electronic parts on behalf of Iran's Ministry of Defense and Armed Forces Logistics organization. The shipments have also included missiles, rockets and titanium sheets, a dual-use material that can be used in advanced weapons systems, the Treasury said.

Below are recent photos taken of Iran Air passenger aircraft in Europe making stops at various secondary locations in order to service routes where refueling issues have taken effect. 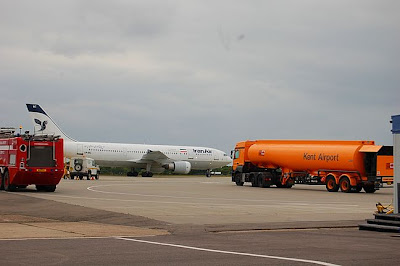 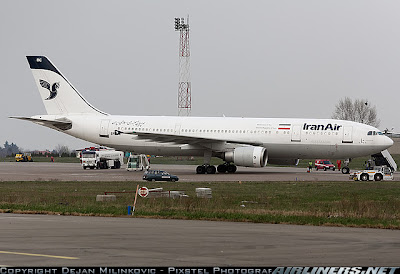 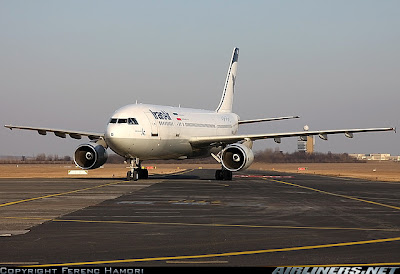 Thank your Jewish friends for this.

this is really below the belt. US sanctions are really begining to look more and more desperate by the day. What has Iran Air got to do with nuclear program. I think all the noise about caring for the average Iranian citizen is begining to ring hollow as the average Iranian is now witnesssing the hatred the US has for them. This move only affects innocent travelers who have absolutely nothing to do with politics or anything of that kind. Shame on them...

AIPAC and Israel is causing this. NOT THE US. Don't keep blaming the US.

The US has no choice, because all the money junctions are controlled by AIPAC and all sensitive infos about every single politician is at the hands of AIPAC.

Iran is paying for its independence.

Anon 3:35 AM, While your point may be valid, the US is also to blame for allowing themselves to be used by a foreign government to their detriment. They equally bare the consequences of the actions of AIPAC.

The 9/11 attack was a direct/indirect result of US policies towards Arabs vis-a-vis Israel although they hate to admit this.

Policies like these only increase the hatred towards the US in the ME and Iran for that matter.

In any case, Iran has more to offer in a relationship with the US than Israel. All Israel does is take, take and take from the US in terms of financial/military aid, political support etc. and gives nothing but trouble back to the US with their policies in the region.

These moves further alienate the moderate voices in Iran and empowers the hard-liners even more which invariably weaken support for the US in the region.

AIPAC is only doing what benefits their interest and the US is stupid enough to allow themselves to be used to that extent.

Yet Iran must turn East. All these is somehow acts of desperation.

It is Irans turn to rise, and all these silly desperate sanctions are only the price Iran is paying for its single minded aspirations and independence.

I spit on AIPAC.