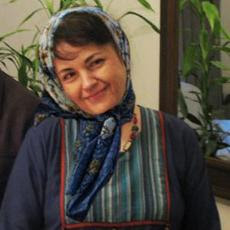 Haleh Sahabi, the daughter of Ezzatollah Sahabi, the chairman of the Iranian opposition’s National-Religious Activists Council, died at the funeral of her father of an apparent heart attack. She was 54. Opposition websites are reporting that Haleh collapsed when the security forces attacked the funeral ceremonies, and there are claims that she was severly hit in the chest by a member of security force during the attack. Security officers also arrested three family members and friends.

Haleh’s father, Ezzatollah Sahabi, began his involvement in anti-Shah opposition politics during Premier Mohammad Mossadeq’s oil nationalization movement in early 1950s. He later became a founder of Liberation Movement of Iran party that formed the government after Khomeini overthrew the Shah in 1979. Sahabi became the first director of the budget and planning organization of Iran after the revolution and later was elected as a member of Majlis, the Iranian parliament. He later joined the ranks of opposition to the Islamic Republic and was arrested during the Green Movement of 2009 and was sentenced to 11 years imprisonment. He died yesterday.

Haleh Sahabi was women's rights activist. She was arrested last year but was temporarily released to attend the funeral ceremony of her father.

what happened to them is a tragic to their lives. after her father died she also died and other family members got arrested. I was so sad when I finish reading your article. my prayers to her family. you can also visit this site for more inspiring and informative articles http://www.aipingwang.net