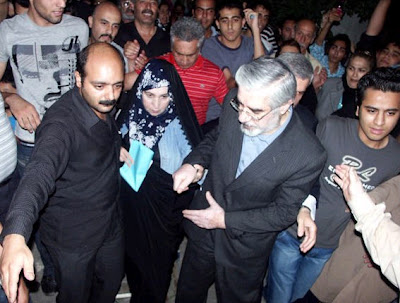 The Mousavis offered their condolences to the family, who had discovered on Saturday that Sohrab died last month of a gunshot wound to the heart. Sohrab has been missing since 15 June, the day he attended a huge opposition rally in Tehran. His body was returned by the government to his family and he was buried on Monday in Tehran.
Posted by Nader Uskowi at 4:39 PM