Recent US speculations over an attack on Iran 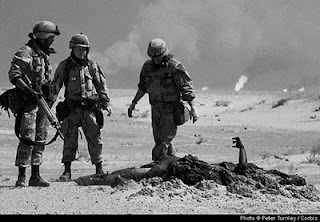 Last week one of America's top uniformed officers General James Cartwright in front of the Senate came to the conclusion that the United States would not be able to stop Iran permanently from developing nuclear weapons unless it was willing to occupy the country.

Senator Jack Reed a democrat from Rhode Island then went on to ask if the only way to end any potential Iranian nuclear weapon development "was to physically occupy their country and disestablish their nuclear facilities?"

Cartwright responded by stating that: "Absent some other unknown calculus that would go on, that's a fair conclusion."

Such speculation and 'hype' over a US attack on Iran has raised from leaked memo from Secretary of Defense Robert Gates which details what actions to take against Iran's nuclear programme if it proceeds regardless of the international sanctions.

On an interview on Fox News over the weekend Senator and former Republican presidential nominee John McCain stated "We [the United States] have not done anything that would in any way be viewed effective. I didn't need a secret memo from Mr Gates to ascertain that."

McCain has further asserted that:

"We keep pointing the gun, we haven't pulled a single trigger yet, and it's about time that we did."

However with all of the media hype Admiral Mike Mullen the chairman of the Joint Chiefs of Staff has stated a military strike would be 'his last option' and has warned of the unintended consequences of such a strike.

But he also agreed that the UN sanctions would not be tough enough to have a serious impact on Tehran.

Iran's current level of enriched uranium is 3.5%, 90% and over is the amount used in nuclear weapons, the government in Tehran continues to assert it's nuclear enrichment program is for peaceful purposes and that they are not seeking to build a nuclear bomb.
Posted by Paul Iddon at 1:09 PM

Cain is a fake hero, never tortured but claims to have been.

A liar and an old bitter man whose wife sleeps with Sen. Liberman...

Leave the man alone, he barks louder than is good for him

America only attacks already dead nations and when they attack after a while the dead comes alive a little bit and start resisting and at the end of the day the Americans/anglo-sexers still lose! Whenever Iran's military becomes dead then that is the time that one should worry about a military strike.
I see Iran's defense growing year after year and this is what is killing the anglo-sexers

the iranian military is a joke. you couldn't even defeat saddam's army: you were embroiled in years of war with no real conclusion. the americans did it twice! and in a matter of days. wake up you proud sons of bitches and assume your role in the world: bend over!

How come, the US keeps barking and not biting, if its that much of a joke.

McCain is still a fake and his wife still moaninmg under Lieberman, we all know this on the hill and waiting our turns ;)

Iran by the way did defeat Saddams Army, and even hanged him. but they arranged for US trailer park boys to do the dirty job for them.

in case you mean the 80's war.. then the US gave him poison Gas to kill everyone to stay in power.. in case u forgot....well if u have, rest assured Iranians have not.....

To the guy who claims that Iran lost the war: With your kind of reasoning it seems to me that you are a typical trailerpark-american. Ignorant with no education & no future. Iraq started the war & it used gas & it had 5 times more tanks than Iran. They could get all the credit & weapons they wanted, while Iran who was defending itself suffered under sanctions. At the end of the war there was not a single Iraqi soldier on Iranian soil, so it was Iraq that did not reach its objectives. In this context Iran won the war of course. Iran tried however during the war to oust Saddam from power, which did not work out. maybe thats because he was the little puppy of USrael. Quite ironic that it was Iran that first thaught about getting rid of that dictator, dont you think? So go and learn something about whats going on in the real world, stupid degenerate ameriKKKan!! Ever seen the picture with the faschist scumbag Rumsfeld handshaking with Saddam in the 80s? Guess you didnt you lowlife Wal-Mart slave.