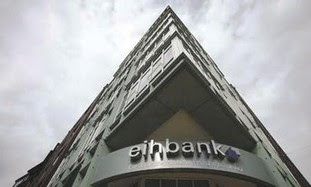 The controversy continues over how India would pay Iran for the oil it imports, estimated to be more than $12 billion a year. Last December, the Reserve Bank of India (RBI) stopped using the Asian Clearing Union to settle India’s payments to Iran for the Union's non-adherence to US and European sanctions against the country.

In February, RBI informed German authorities that it intends to conduct Iranian oil financial transactions via the Bundesbank, the German central bank. On 3 March, RBI made its first payment of $2 billion to Hamburg-based bank Europäisch-Iranische Handelsbank or EIH (“European-Iranian Trade Bank”) via the Bundesbank and has since continued settling its overdue payments to Iran using the same channel.

The US considers EIH as one of Iran’s few remaining access points to the European financial system, and has raised concerns that EIH has facilitated a tremendous volume of transactions for Iranian banks previously blacklisted for involvement in the country’s nuclear and missile program. The US Treasury has been pressing the German authorities to add EIH to its sanctions list.

“Treasury is concerned about recent reports that the German government authorized the use of EIH as a conduit for India’s oil payments to Iran. Treasury will continue to engage with both German and Indian authorities about this situation, and will continue to work with all our allies to isolate EIH,” said a US Treasury official on Thursday [The New York Times, 31 March].

Germany has so far resisted the inclusion of the EIH on the sanctions list, citing lack of clear evidence implicating EIH’s involvement in transactions banned by the UN and EU sanctions.

The critics of the German government point to the fact that last year the German volume of trade with Iran amounted to over $5 billion, and German businesses which are still active in Iran use the EIH to process their financial transactions, hence the German reluctance to mover against EIH.

The critics of the US Treasury point out that the closure of EIH by the German authorities would in effect impose an embargo on Iran’s export of crude oil to India, even though the current UN, US and EU sanctions do not cover the purchase of crude oil from Iran.

According SPIEGEL online it has to do with the two German reporters of tabloid BAMS, which had been arrested after having interviewed Ashtiani's son in Tabriz on tourist visas. They had been freed after Germany's Foreign Minister had to attend a private meeting with Ahmadinejad, quite a scandal. I suppose Westerwelle was the first and only western politician who had been sitting next to Ahmadinejad at the same table (in his office).