Removing Zeros Is Not the Solution – Chamber President 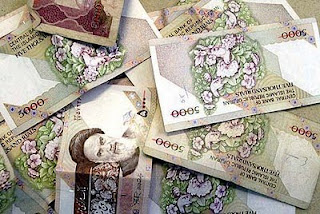 The President of Iran’s Chamber of Commerce Mohammad Nahavandian today warned the government that eliminating three zeros from the national currency would not resolve the inflation problem. On Saturday, the minister of economy had announced that Iran would soon redenominate its currency by eliminating three zeros from its unit. At present, each dollar equals more than 10,000 rials. After redenomination, each dollar would become 10 rials (or one touman as the local currency is popularly referred to.)

“Tackling economic problems requires an ability to distinguish between the superficial and the real. The number of zeros is not our real problem. If by removing the zeros we could fight the inflation, then the solution was easy. We need to fight the root causes of inflation, not the zeros,” Nahavandian said.

“The economic reconstruction requires the expansion of real market competition, elimination of all subsidies, and a move from (the current) hand-out economy to a production economy which creates real jobs,” Nahavanian added [Donya-e Eqtesad, 5 April].

Well, the inflation right now is not alarming. And the elimination of zeros promises convenience. One more thing: never underestimate the power of psychology when applied to economics.

1 $ = 10000 rial
you should not more calculate with large number. you donot need to take a bag full with banknote for shopping.
anyone who visted iran as tourist , knows who difficult to pay with current iranian banknote.

you must carry always a bag full with money.

you no longer have to carry large amounts of money with you. For over 2 years now there are bank cheques on the market that function as a 50 dollar and 100 dollar note. You get them everywhere in shops and also from all ATMs.

So they had created the base for removal of the zeros from about 2 years ago. Now it will become official. There is also currently a 5 and 10 thousand toman note (5 and 10 dollar).

If i go to iran i donot have ATM card, and $ oe europ can be changed only by banks.
if you goinf to any Bank any where im iran. you must wait at least 1 hour until you are served.
I wished Visa or Amex wil be accepted some days

Its a practical step. Should have been done 5 years ago.

We shall not hear from Mohammad Nahavandian again.

I understand last year the Iraqi central bank announced their plans to redenominate the Iraqi Dinar but to my knowledge it has not been materialized yet. It is interesting to note that they also decided to drop three zeros making 1 dinar = 1 dollar. There could be a good reason that they have delayed or even may have backed down from it. I would not be surprised if the same thing happens with the Rial redenomination.

Don't be surprised if they suddenly discover that he in reality is an Israeli spy and Zionist ! ! !

Anyone has idea regarding the intention of the current government Are they willing to remove the zeros or they have no intention?