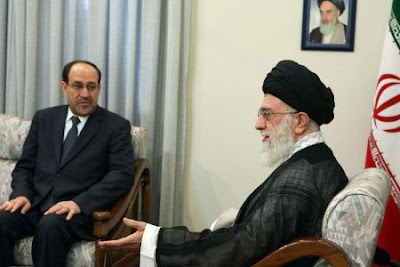 Iraqi Prime Minister Nouri al-Maliki arrived in Tehran today and held meetings with Iran’s Supreme Leader Ayatollah Khamenei and president Mahmoud Ahmadinejad. The visit was part of al-Maliki’s attempt to boost his chances for forming the next government of Iraq. And by hosting al-Maliki at the midst of the struggle among different politicians to be the next premier, Iran is giving its clearest support for his candidacy.