More pro-Iran posters erected in Lebanon in preparation for the official state visit of President Ahmadinejad: 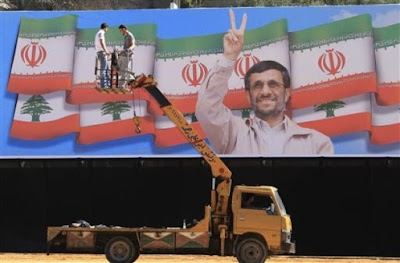 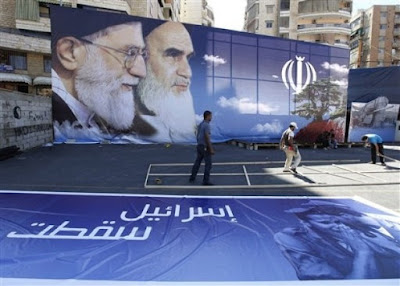 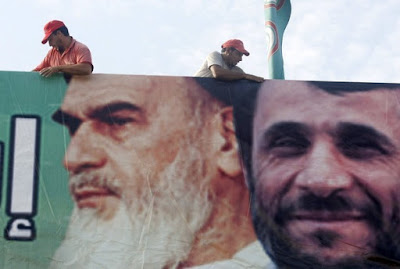 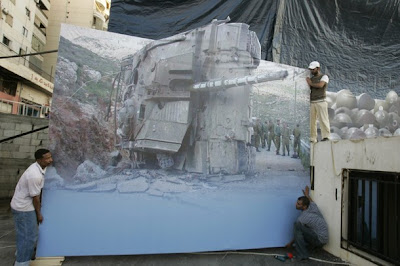 Poster bearing the image of an Israeli Magach 7 (modified M60) main battle tank knocked out during the 2006 war. 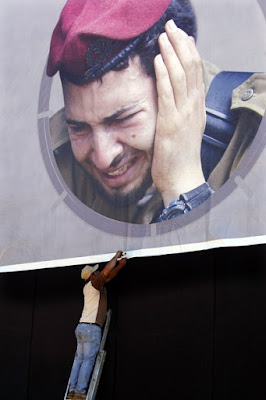 A worker adjusts a billboard showing a weeping Israeli soldier as preparations are made at a stadium in the southern Lebanese town of Bint Jbeil. 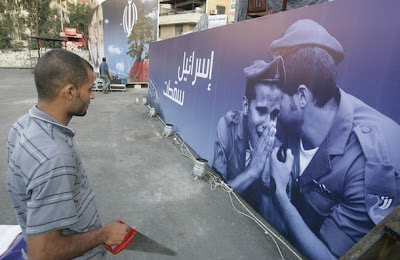 A worker stands in front of a poster of Israeli soldiers reacting; the Arabic words on the poster read: "Israel has fallen." 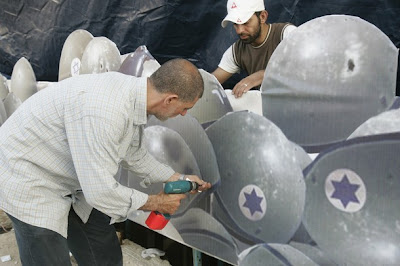 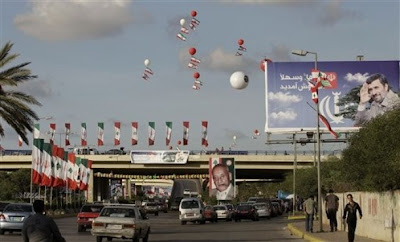 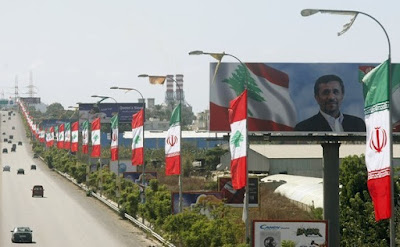 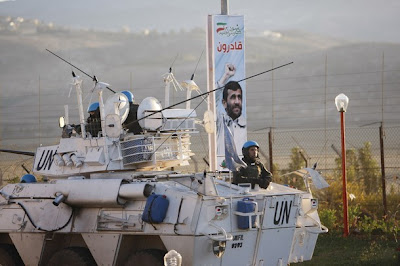 Spanish U.N. peacekeepers serving with the United Nations Interim Force In Lebanon (UNIFIL) patrol on their Pegaso VEC-M1 armored reconnaissance vehicle near a poster of Iran's President Mahmoud Ahmadinejad near the border between Lebanon and Israel, in the village of Kfar Kila. 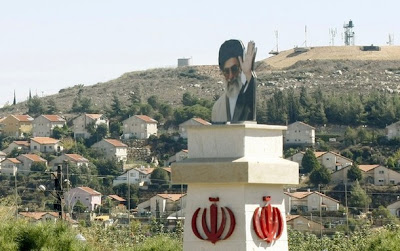 A portrait of Iran's supreme leader Ayatollah Ali Khamenei is fixed on a pillar bearing the crest of the Islamic Republic of Iran in the southern Lebanese village of Kfar Kila on the border with Israel, with the Israeli town of Metulla in the background.
Photos: Reuters
Posted by Mark Pyruz at 8:31 PM