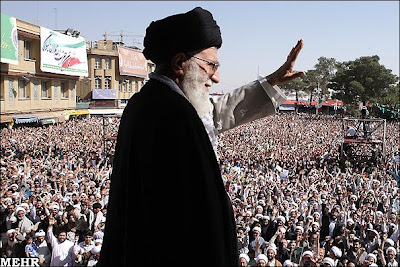 Iran Supreme Leader Ayatollah Ali Khamenei arrived today in the holy city of Qom. Addressing a public rally in the city, Khamenei said the internal enemies of the Islamic Republic want an Islam without clergymen, and a non-political Islam altogether. He also accused the opposition of sowing “the seed of pessimism” in the Iranian society.