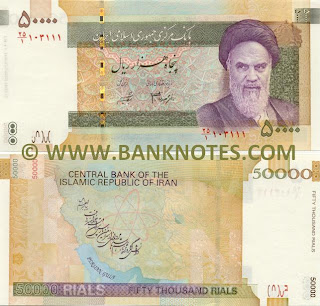 The Central Bank of Iran (CBI) has continued keeping the official exchange rate at around 1,000 toumans (10,000 rials) per dollar. This in spite of a sharp drop in rial’s value in Tehran’s exchange markets in the past two days. On Tuesday, rial hit an all-time low of 12,950 per dollar, a 19% drop in value against dollar, although it recovered somewhat on Wednesday, quoted above the 12,100 mark.

UPDATE: On Saturday 2 October, CBI raised its official rial-dollar exchange rate to 10,690 rials per dollar, effectively a 5% devaluation of the official rate that was previously set at 10,200 rials.

This along with the industrial computer virus attack seems to be part of a concerted effort to destabilise Iran. This could be the soft US/Israeli war many have mentioned.

Amadinejad is already paranoid about the fact that some of their scientists have defected and several of their secret nuclear sites have been revealed, whatever the origin and purpose of Stuxnet, it ramps up the psychological pressure.