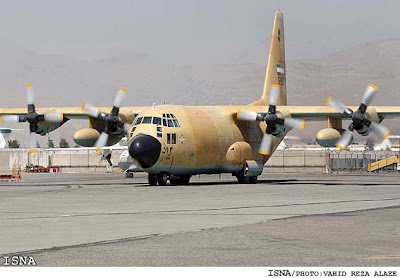 Upgraded aircraft appears to be the older C-130E variant in IRIAF service. 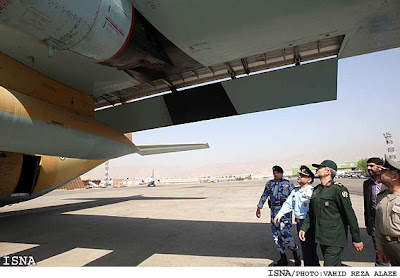 Iranian media reports upgrades have been performed to the fuselage, wings, engines and avionics. 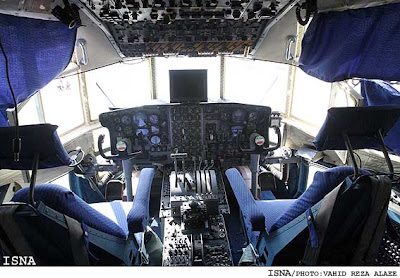 This upgrade shows great stride in Iran's attempt to upgrade its Air force. However, minor upgrades on an otherwise aging Air fleet do not substantiate the claims made by the respectable Defense minister that Sanctions are completely ineffective.

You Mullahs really want us to believe this crap?

No, but they want their population to believe it. Morale makes a big difference when you are under existential threat from the US and Israel.

Winston, what is it that the mullahs want you to believe? If Iran was not able to produce parts and upgrades for these US bought items, than how are they still operating for 31 years now?

They don't operate them you silly idiot. They r sitting on Tarmac collecting dust.

I actually know something before I speak. You can check out websites that track airplane movements with pictures ie. one website called Airliners.net Besides this, Iran's air force goes through multiple trainings and maneuvers through the year where their American equipment is very much used. This you can also be seen on this blog. It would truly help your cause if you do some research before speaking on a subject Winston.

almost all Ianians, outside of Iran seem successful enough to have reached higher social and scientific levels.

Should this be a surprise when the source of all these Iranians ... namely "IRAN" succeeds in building silly little stuff.

hey talkin to you, you self doubting ex-Iranians with little duduls