Recent EU speculation over banning imports of Iran's oil is a salient reminder of how oil and politics are virtually inseparable in Iran and how Iran's oil has had a major influence in the shaping of her history. 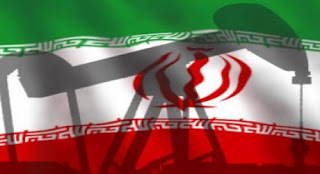 The Anglo-Soviet invasion of Iran in 1941 saw Reza Shah leave his country - which was occupied and utilized by the Allies for their war effort. The 'Persian Corridor' was of great strategic significance as it allowed the US and the British to funnel supplies to the Soviet Union to keep up its total war against the Third Reich and ensure that Persia's vast oil reserves would remain in Allied hands. Iran during this time was clearly of vital importance for the Allies war aims as clear from the fact that Tehran was the site of one of the few very important face to face meetings of the 'Big Three' (hence the predominate Allied leaders, Stalin, Roosevelt and Churchill) in 1943.

Ten years after that meeting and following the end of the war and the beginning of the Cold War the US under Eisenhower and the UK under Churchill undertook an action that would give birth to the a vast amount of Iranian grievances towards the west that have been held to the present day. The execution of a coup to oust a democratically elected and secular Prime Minister Mohammad Mossadeq from power. The predominate reason for this was to prevent him from nationalizing Iranian oil. This rather sordid action and blatant act of imperial meddling and subversion in Iran's internal affairs at the hands of foreign powers was in its later stages backed by Ayatollah Kashani - whom seemingly viewed secular reforms at the hands of an independent nationalist and democratically elected president to be a worse outcome than hegemony and dominance by foreign powers.

Upon the Shah's return to power (which would gradually become all the more autocratic) Iran would see substantial developments thanks to the stable relationship between the Shah and the United States. The Shah especially proved to be a very worthy ally to western interests when he didn't participate in the oil embargo that was put in place following Americas direct military support for Israel during the later stages of the Yom Kippur War in 1973. However the 1970's proved to be the beginning of the end for the Pahlavi dynasty, his Iran during this time seemed to adapt everything western (with the evident exception of democracy). He in turn ended up alienating himself from a large part of Iran's population. An early example of this (as I've pointed out before) being the manner in which he held the 2,500th celebration of the Persian Empire in Persepolis in 1971, where he effectively marginalized his own people during a national celebration by instead opting to have it both organized predominately by foreigners as well as attended predominately by foreigners.

As the countries oil wealth grew so did the gap between the rich and the poor, for years the CIA trained SAVAK secret police embedded itself within the population in order to sniff out any dissent. The Shah consistently denied that dissidents were being tortured. He devoted a lot of his time and energy to gradually building up Iran to become one of the most heavily armed nations in the world pledging that it would not for a third time in the 20th century be invaded and tread upon by a foreign army.

He would go on to prove himself to be up for a very depraved covert operation crafted by then US President Gerald Ford and his Secretary of State Henry Kissinger in 1975, which saw a US-Iranian backing of Kurdish separatists in Iraq attempt to overthrow the Baathist government. Only to see him - the US following suit - change his mind and subsequently pull his support for the Kurds midway when he instead opted to make a deal with Iraq in Algiers, in which a binding treaty over border disputes would ensure no Baathist backing of Arab separatists or action over the Khūzestān region providing him with a certain degree of assurance against instability within that region and along that border within the near future. As a result of this the Kurds the Shah had to effect betrayed were hunted into the hills and slaughtered by the Baathists, a dress rehearsal of sorts for the kind of actions Iraq under Saddam Hussein would take against the Kurds during the Iran Iraq War in the horrific Al-Anfal Campaign.

The Shah was towards the latter half of the 1970's becoming increasingly frustrated over the increased prices for which the west was selling him military hardware, especially with regards to spare parts and asserted that Iran would keep oil separate from politics, when it was clear that oil was gradually once again becoming politics. The west’s monomaniacal focus on this man rather than on Iran as a complex country and society proved to have serious and fatal consequences. The Shah had long since been alienated from his people, and when it was clear that a revolution against his monarchy would pit the army against the majority of the Iranian people it was clear he had to go, and he did, as a broken man who later died of cancer - his diagnosing of which he had kept a closely guarded secret - that's spread was more than likely accelerated due to his stressful time in exile.

It was stated following the 1953 coup - that subverted Mossadeq in his attempts to nationalize Iran's oil and forcefully reinstated the Shah on to his throne - that there may be some blow-back in the future as a result of this Anglo-American subversion. What happened was more aptly described as a large backlash which culminated in revolution.

As Khomenini's forces took over in Iran and established the Islamic Republic a lot of top generals and military personnel loyal to the Shah fled or were imprisoned and executed. As a result Iran's military was substantially weakened and disorganized. The Carter Administration who had failed to rescue the embassy hostages decided to in a rather craven move entice Saddam (whom had declared the Algiers Agreement Iraq had made with the Shah over Khūzestān to be null and void) to invade Iran under the pretext that its military was in complete disarray. Iraq then went on to launch a full scale invasion of the oil rich Arab region sparking hostilities that would not end for another eight years and leave over a million people dead.

Later in that war both superpowers sent naval escorts and re-flagged tankers and the US did its utmost in cooperation with Iraq to contain the Islamic Republic and keep the Strait of Hormuz secure for international oil shipments.

At present oil still plays a big role in Iran's internal and external politics. President Ahmadinejad has given billions worth in no-bid contracts to various businesses who are associated with the Revolutionary Guards who are responsible like SAVAK were for curbing dissenting voices and they also - like the SAVAK did in the Shahs days - practice torture on political prisoners.

In conclusion when one ponders the sordid possibilities that may likely occur over the next 70 years in relation to how politics are conducted in direct correlation to Persia's oil resources one can't help but feel both highly cynical as well as highly nauseous.

Editor’s Note: Paul Iddon is one of the authors of Uskowi on Iran. His weekly column 'Broadened Vistas' appears here on Wednesdays.
Posted by Paul Iddon at 6:00 AM

perhaps you have proof that the Carter admin "enticed" Saddam into attacking. I've not seen any proof that the US did more than fail to be dismayed at the prospect.

Please lets stop talking about the past because everybody has a different opinion regarding the Shah or 1953 and to this day is being used as propaganda by both the left and liberal and regime apologists and that's why this Islamic fascist regime is still in power.
For your information Reza Shah did not flee Iran but was asked to leave the country by the British and Russians and did so on condition that his son would take his place as a constitutional monarch in 1941 and was approved by Iranian parliament.
Please tell the facts not some agenda spun by fashionable haters of monarchy.The very same people which were sent to prewar Europe from Iran with their education paid for by the Imperial Iranian government under the leadership of Reza Shah and then that's the thanks he received. The facts are that the British hated Reza Shah and wanted to get rid of him. Their wish came true when Winston Churchill decided with that gangster Stalin to invade the country.
I don't know what gripe the British have got against the Iranian Monarchy? Is it because they want to be the only nation to have a monarchy so that they can show off to the world and claim to be the only holders of ancient and honorable traditions.

While this brief history has some well-established facts, it is a superficial treatment of others. One wonders if Mossadegh (who is referred as “president” rather than prime-minister) would have survived had he not pressed for nationalization of oil industry and cutting the full control of BP on the Iranian oil. Yet another wonder is that had the Shah not insisted on better treatment of producing countries by the so-called “seven sisters” oil companies would he be driven out of power with such disgrace ! The article suggests that the third invasion of Iran in the twentieth century was with the clear support of the US, something not fully established yet.

Red-faced apologies on the Mossadeq President Prime Minister mix up, I have subsequently made adequate corrections.