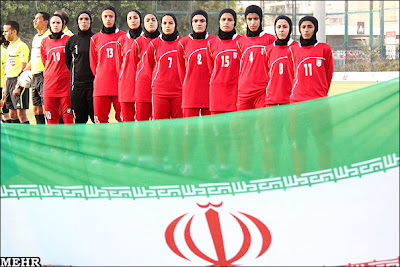 The Iranians had earlier overwhelmed the Lebanese by the score of 8-1 in the opener on Tuesday. Iran plays against Syria on Sunday in its last match of Group B and with two victories secured already, they will advance to the semi-finals. The championship match is set for 12 October.

UPDATE: The Iranian women national football (soccer) team finished second in the West Asian Women Football Cup. The Iranian team lost to the host UAE team during the penalty phase after the two teams tied during the regulation time. Iran had defeated the UAE team 4-1 during the preliminary rounds. 12 October 2011, Abu Dhabi.