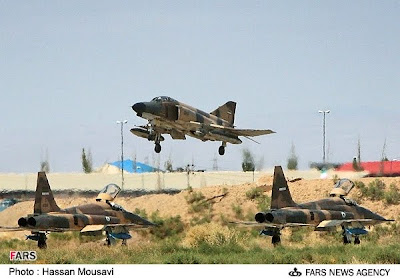 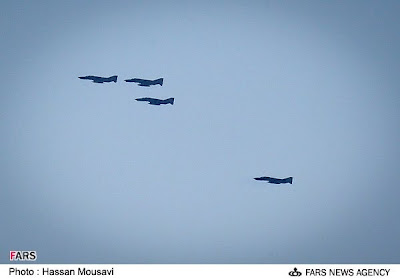 F-4Es appearing to form up into a Finger Four 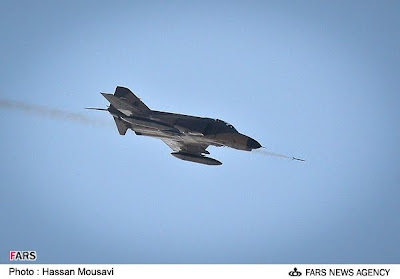 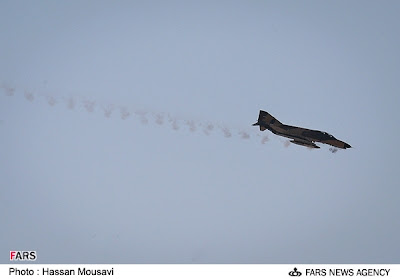 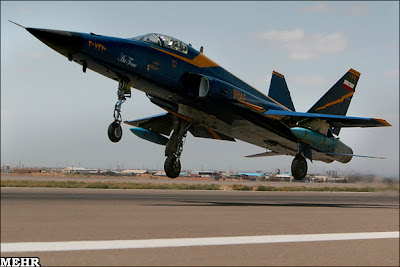 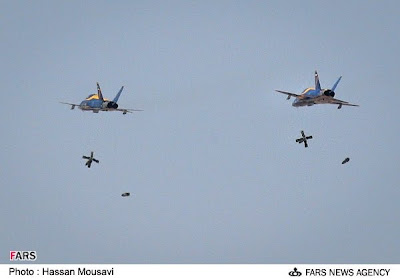 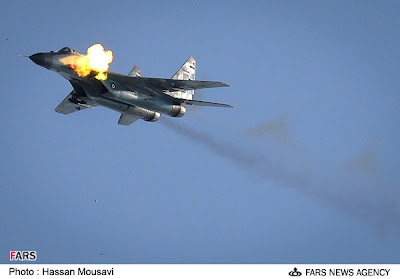 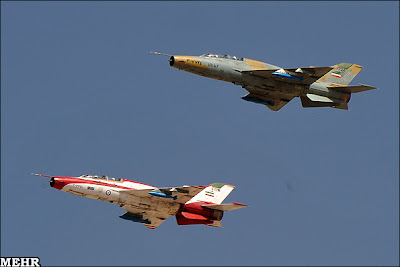 A pair of IRIAF FT-7Ms equipped with training bombs 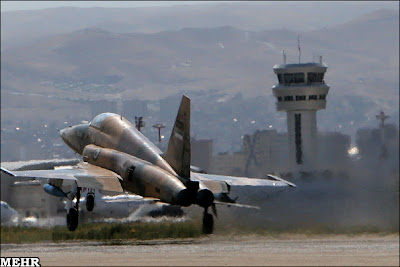 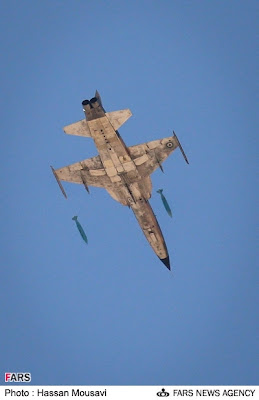 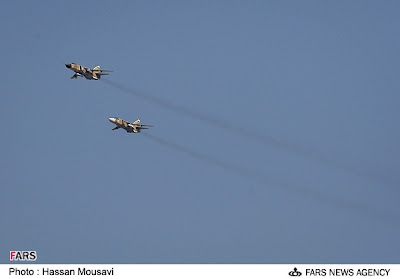 A pair of IRIAF Su-24MKs 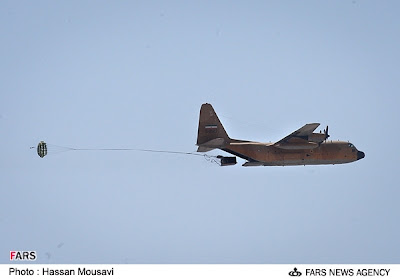 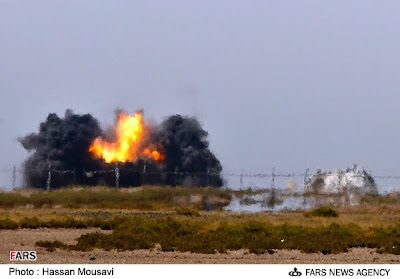 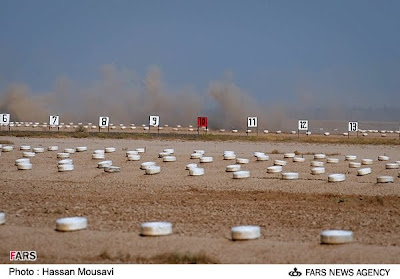 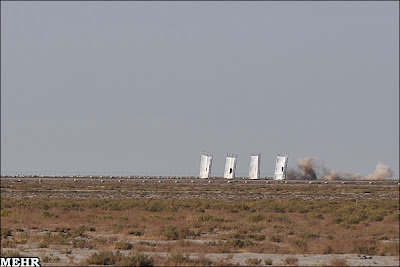 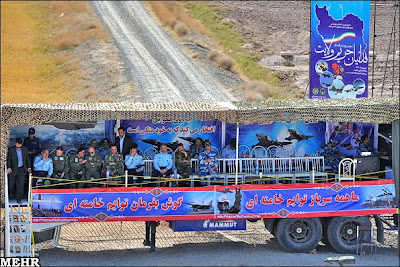 where is Iranian F14 tomcat?

NO NATION IN THE MIDDLE EAST HAS THE GUTS TO PERFORM WAR GAMES ON AND ON LIKE IRAN,THIS IS AN ACHIEVEMENT ,MY TAKE IS THAT IRAN COULD BE AMONG THE TOP FIVE NATIONS IN TE WORLD IN MILITARY POWER AND CAPABILITY.or what do you say GUYS!!

It looks like the F-14 tomcats are being excluded from participating in the latest exercises.

Most likely due to resource management and the ability to have flyable assets to intercept intruding targets in case of an aerial attack.

MY TAKE IS THAT IRAN COULD BE AMONG THE TOP FIVE NATIONS IN TE WORLD IN MILITARY POWER AND CAPABILITY.or what do you say GUYS!!

My take is that you your keyboard is stuck in upper case otherwise you would be writing comments in lower case like any one else.

I have said this few times that is B.M. Assman is nothing but a troll. Here he is throwing a silly question, actually an irrelevant question so he can create an illusion of discussion. In this casee guys polictical correctness gone out of window!

I agree that the whole purpose of this excercise is for internal consumption. No foreigh powers will be impressed by few 40 year old airplanes They must be brave pilots to be in those flying coffins!


All these planes are dolled up for occasion with go fast stripes. At least there was that locally built Saegheh fighter that on the surface is only 3-4 years old.

I would be interested to see what is Saegheh fighters fair compare to the old phantoms? I believe they are using some Russian technology obtained from Belarus!

Iran has almost nothing of a modern navy or air force and only makes the top 15 because of the size of the army.

It is not prudent to dismiss Iran's military out of sheer IGNORANCE or Iran-hate, so typical of some. The FACT remains that Iran is a large, resourceful country with a 3000 year old illustrious military history. The Iranian soldier/infantryman is regarded as some of the best in the world, combined with ingrained nationalism and resolute Shia manifestation of sacrifice and martyrdom. Just read-up a bit on Iranian military and its dogged tenacious resistance to Saddam's forces armed to the hilt by the west and USSR.

Now coming to your point on lack of modern weapons, particularly aircraft and naval vessels, both issues are relevant. Iran has indeed lagged behind most of the even smaller Arab puppets in the Persian Gulf due to a total embargo on western supplies since 1979. Even the Chinese and Russians have been mishandled by the mullahs even when opportunities arose to buy weapons.

Iran despite these impediments is still a TOP TEN military power based on sheer STRATEGIC MASS (cohesive large population, huge landmass, natural resources and a growing military/scientific sector) and a large battle tested army and IRGC.

On your point relating to modern aircraft, most of the advanced western planes like F-16, F18 and F15, Tornado, Mirage 2000 etc are all also 1970's and 80's technology, albeit with many upgrades.

In Iran's case, the mere fact that it has been able to manufacture spares and make modifications to such large numbers of western weapons systems since 1979 speaks volumes about the quality of Iranian engineering and scientific services. Iran today can completely overhaul and upgrade, despite a total embargo, the F-4, F5, C-130 and most importantly the Persian cat F-14A which over 60 airframes are intact and flying with many local upgrades including radars and dual ability of western/eastern weapons systems. More than 22 Mirage F!-EQ (a gift from Saddam) have also been overhauled and incorporated in IRIAF and armed with MATRA AAM obtained from friendly nations.

In terms of numbers, the IRIAF still has over 300 front-line aircraft, much larger than most NATO airforces with the exception of US and Turkey. Iran also produces all its missiles and guided munitions. So be careful before making dismissive remarks based on ignorance and malice. IRAN MAY NOT HAVE THE BEST TECHNOLOGY OR FANCY AIRCRAFT, BUT REST ASSURED IT STILL PACKS A MASSIVE PUNCH, HENCE THE RELUCTANCE OF ITS ENEMIES TO DIRECTLY CONFRONT IT.

BTW, the F-14A along with the Mashad based Mirages are scattered around the nation for air-interdiction and not being used in the largely ground attack exercises covering over a million sq kilometres. Iran also has additional aircraft not shown to the public.

Since when F14 Tomcat has become F14 "persian cat" ? !
There should be a limit to exageerated nationalism before one makes a fool out of onself.
As impressive as the development of the indigenous weapon indusry of Iran after the 1979 revolution is, the fact still remains that the Iranian air force will not be a match for a hostile air force(Presumably Nato).
Again "3000 years of old illusterious military history" is an exaggeration. Maybe you have forgotten the lost areas to the Russians during the Qajar Dynasti and the occupation of the country during the 2:nd world war.
Naming these historical facts, I am sure we can not take the rest of your comment for being factual.

Never laugh at simple or old technology. Remember IED's the yanks had the nerve to call it "Improvised" look at the damage and carnage it has caused the USA army! Or look at the Russian space technology it still works.

---In terms of numbers, the IRIAF still has over 300 front-line aircraft, much larger than most NATO airforces with the exception of US and Turkey.----

the Iranian...can't match up with the British or the French or the German or even the Dutch or Spanish or the Swedish or Italian or Greek.

Iran has an large army ...and that's it unless you want to count all the terrorist and criminal groups that the Ayatollah funds.


Please stop simply making stuff up because it pleases you.

Disliking a disgusting and corrupt regime doesn't mean we are "Iran haters"!

So if the regime kills the people steals the nations wealth the people have to accept it because the regime operates under the name of Allah ?

And because it uses Allah's name to govern we mustn't use logic to challenge it's authority because we're waring against Allah?

This is the kind of stupid mentality that needs to be eradicated from our nations psychology because if we don't we will be relegated to third world status for decades to come.