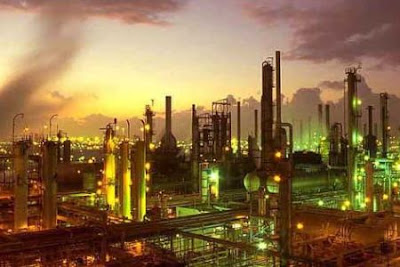 Iran’s Pars Oil and Gas Company (POGC) announced today that it has discovered the world's biggest helium reserve in its South Pars gas field. POGC estimated the volume of South Pars helium reserves at 10 billion cubic meters, approximately 25 percent of the world’s known reserves [Mehr News Agency, 30 September]. The South Pars gas field is shared by Qatar and Iran. Qatar is already producing some helium. The US is the world's leading supplier of helium, followed by Algeria.

The world’s annual production of helium is approximately 200 million cubic meters. The main use of the gas is in cryogenic applications, particularly in the cooling of superconducting magnets in MRI scanners. Helium is also the gas of choice to fill airships and blimps.

Excellent and hope it is true.
One day very soon with a new democratic system in place after the overthrow of theocratic regime in Tehran we will again be in the top ten economic countries of the world.

That is after the fall of this nasty and corrupt Islamist regime.

the USA is in dire need of massive Helium gas for it's military.So now the USA will attack Iran for it's oil, minerals, natural gas, helium and GOLD!

Iran was not even among top 20 countries during the "democratic" (according to you) Shahs as you said "we will AGAIN be in the top ten economic countries of the world" . KSA became 19th from 3rd because of bowing down to the US . As you said "Islamist regime" it is clear that you are not Muslim at all and certainly not Iranian .
So your opinion is worthless to Iranians , but valued in Israel so become a reporter in Debka or something .

So if someone does not believe in Islamic crap he is not Iranian?

Sounds like you must be one of those Bazaris or lower class Iranians (in short gadazadeh) who calls others non Iranian.

And since when does an Iranian have to be a Muslim you Islamist Troll?

So if I'm a Zoroastrian or Cristian and don't believe in god I'm not Iranian?

What a sad and shallow attitude you
have that you come up with such rubbish.

USA doesn't need helium... in fact they recently decided to sell off their reserves of helium(this brought down prices to such a point that other helium suppliers weren't able to compete).

Congratulations to Iran !
10 billion cubic meters of Helium are a nice finding, but also a very volatile one, as Helium is lighter than air.
Nontheless, Helium gas is a very valuable good, as it is quite rare in concentrated form and as a noble gas it has numerous purposes in science and industry.
Price depends on its purity. Retail price of the lowest purity (99% He) is about $25 per cubic meter.