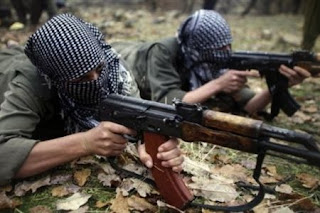 A senior Iranian military official has criticized Iraq’s autonomous Kurdistan Regional Government (KRG) for providing military camp to the Iranian Kurdish militant group Party of Free Life of Kurdistan (PJAK). The camp, in the Qandi Mountains of Kurdistan, was reported to be 300,000 hectares in size.

ISNA broke the news but did not name the senior military official, and now other state-owned news agencies, including Press TV, have published the same story, all attributing it to the “senior official,” making it likely that the news was planted by the government.

If confirmed, the report represents a major development in PJAK’s history and could trigger Iranian military actions inside Iraq. The senior official accused the KRG, led by Masud Barzani, of letting PJAK set up “training, administrative and logistics facilities” in the camp, and described the move as “treacherous measures” against Iran [ISNA, 11 July].

PJAK is an offshoot of the Kurdistan Workers’ Party (PKK) that has since 1984 staged an armed insurrection against the Turkish state. PJAK has been carrying numerous armed attacks against the security forces in western Iran, killing many of its members. Iran has also killed and executed many PJAK members.

In a 2008 article in the New Yorker, Seymour Hersh claimed that the US and Israel were supplying PJAK with equipment, training and targeting information.

Iran’s latest claim against KRG for providing military camp to PJAK comes a day after the US military leaders accused Iran of providing arms to Shia militant groups inside Iraq, resulting in casualties against US forces.

As Iran has just announced it will take action against these terrorists. The bestoption is using an avalange of Shahab missiles to raise their bases to ground. unfortunately these people have always proven to be trouble for Iran.

This is called US state sponsoring of Terrorism.

If you have another name please....

But like The jondolla.. this new group will also be worn out.

because no Kurd would shoot on Iranians.. unless not Iranian members of them do.

all a waste of blood and money..

Since the US occupation of Iraq in 2003, the northern Kurdish region has had an influx of MOSSAD and Zionist agents and is a staging area for US/Zionist destabilization attempts aimed at Iran, along with the same actors supporting Jundollah in Pakistani Baluchistan.

In 2010, it was estimated by Iranian and Turkish intelligence that there were over 400 Zionist military trainers with the PKK (Turkish focused Kurdish terrorists) and PJAK its Iranian affilate at Arbil (Irbil) and Salahdin, since PJAK was driven out of Iranian Kurdish areas. The Zionists with Saudi money are arming these terrorists and also trying to unify the Kurdish terrorists to fight under a unified structure against both Turkey and Iran. There are daily flights from Zionistan into Arbil and these terror groups are getting better armed and integration with the Pesh Merga which now officially operates under US ageis as a "Kurdish Army". The Iraqi central government or the majority Arabs are not pleased with this growing threat either, but under US occupation, it can not reassert its authority in Iraqi northern Kurdish areas. Iraqi central governmnet is also losing a lot of oil revenues to these Kurdish terrorists.

The Zionist/PKK focus on Turkey accelerated after the Mavi Mara peace flotilla murders of Turks at high seas and Turkey's re-evaluation of its ties with the Zionist entity.

These Kurdish terrorists at this stage are a pin-prick but can cause problems later on if allowed to fester. Iran and Turkey need to enter the landlocked Iraqi lawless Kurdish regions and put an end to this nonsense once and for all.

Kurdish Mullah Barzani's (1970's Iranian surrogate) son Massoud is playing a high-stakes dangerous game in a landlocked and very vulnerable region, next to two major regional powers. The Kurds have always misculcualted their situation and setting themselves for another disaster like they faced with Saddam.

At least collected in one place like the MKO, so that all know how many Rambo idiots there are loool