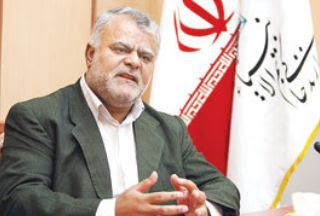 Iranian President Mahmoud Ahmadinejad today nominated IRGC Brig. Gen. Rostam Qasemi to head the strategic oil ministry. Gen. Qasemi is now the commander of Khatam al-Anbiya base, the massive business and industrial arm of IRGC. Qasemi as well as the Khatam al-Anbiya are on sanctions lists for alleged work on the country’s nuclear and missile development.

The oil ministry has been run by the acting minister Mohammad Aliabadi since May after Ahmadinejad unsuccessfully attempted to take personal charge of the ministry, sparking a political showdown with Majlis.

Majlis has scheduled votes of confidence on the four new ministers for Wednesday 3 August. If confirmed, the appointments put to an end months of power struggle between Ahmadinejad and Majlis Speaker Ali Larijani on the merger of different departments and creation of new ministries as well as the ministers heading newly-enlarged departments.

Gen. Qasemi’s nomination is a clear manifestation of the growing influence of IRGC on all aspects of the Iranian life. The force, by far the most important branch of the military, also controls major sectors of the Iranian economy, from imports to construction to the oil industry. Its current and former general officers hold key political posts in the government. By combining military, business and political powers, the IRGC has become the country’s undisputed powerhouse. Its business branch, however, has given the IRGC a reputation of a corrupt mafia-type organization.

You really should write something about the IRGC takeover of the Iranian economy.

I guess when the USA can appoint a General to its CIA and elsewhere.. then what is the "Oh" effect here supposed to imply ?

It's business branch has given it a mafia style reputation?

The IRGC is the protectorate of the revolution by definition, if Iran is sanctioned and cannot buy something from abroad, then the IRGC has the duty of building it in Iran.

If foreign oil companies do not construct oil platforms then the IRGC does so instead.

All the money the IRGC makes is spent on the armed forces. The heads of the IRGC receive modest salaries from the government and do not receive dividends from their business operations.

Anon 7:04 AM,
If you read the post carefully, the issue here is not having a general officer running an organization, it is about a branch of military running the economy.

Anon 7:36 AM,
The country could have set up any type of organization to offer those kinds of services. It did not need to delegate them to a branch of the military. Mixing military power with business and politics is a recipe for disaster. It is not good for IRGC as a fighting force and it is not good for the country to tolerate the emergence of a mafia-type organization. Good IRGC generals do understand that, the importance of keeping it a fighting force and not get involved in dealing and wheeling of businesses. Because then it is not only the issues related to the defense of the country that would concern its leadership, but the effect of events on its businesses and finances; a very dangerous and corrupting proposition for any fighting force anywhere in the world.

I guess in US if you have a military Service in your resumee
you have more chance to get a good job as without it.

It is not IRGC It is the Iranian Maffia. Anyone who thinks these people with their forged degrees (Dr and PHD given to them by Micky Mouse universities in Iran) have the knowledge, the know how and the infra structure and the money to build oil installations etc.. is plain stupid. They are in it to steal the money and the resources of this nation. The Shah had a couple of corrupt brother and sisters. There are thousends hungry and corrupt Mullahs and "pasdar" ravaging this country.

The funny thing about the US's punitive measures taken against Iran is that they always have the opposite effect.

It is evident throughout history that whenever a society feels under siege or threatened they rally round the strongest force/power within that society. Iranian opposition members' constant lobbying the US and her EU allies to take a tougher stance against Iran is giving more power to the hard-liners in the country as the people now see the "reformers" as colluding with outside forces to make life harder for them. It's not rocket science, just a natural course of things.

In the US and Europe, the right-wing extremist were shuttled straight to power after the 9/11 attacks. Everybody rallied round the "flag" much to the detriment of their freedom. Most of government contracts are awarded to old Pentagon/CIA guards with close links to the powers that be. Now the US is the most monitored country on the planet.From the internet to phones etc - everything is now monitored under the guise of "national security". People can be detained without warrant or access to lawyer.

Iranian opposition must work within the system if they really want change. Relying on outside forces for help to overthrow the system will surely have the opposite effect.

Having said that, I really don't see anything wrong with this guy's nomination. If it's good for the national interest and he's capable of delivering, why not?

Gen. Qasemi might very well be a capable minister. All indications are that he ran Khatam al-Anbiya well and there is no reason he could not duplicate his success at the oil ministry. The questions raised here were not about Qasemi and other personalities and their capabilities or lack of. The questions were about the IRGC’s role in controlling important parts of the country’s economy. Such role for a fighting force, I argue, would breed corruption and would in the long run dilutes the force’s mission and ideology in defending the country.

The IRGC are a mafia organization and the so called general put in charge is to completely have control over the economy so that they can robe the country blind without anyone to answer too.This is what has become of our country when a bunch of illiterates with fake degrees and generals with no real record of officer training except obeying orders from useless mullahs for telling Iranian children to run over mines and face Iraqi bullets.And of course our demoniac leader the Rozeh khan of Tabriz who use to receive five tommans for his services.What a bloody disaster.