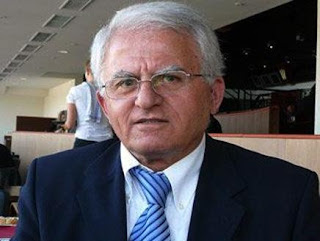 Ahani made the request during a meeting with Boris Ruge, director of the Middle and Near East Department at the German Foreign Ministry, in Tehran.

On Saturday, the Iranian Foreign Ministry summoned the German charge d'affaires in Tehran to voice protest against the presence of Haj-Ahmadi in Germany.

The IRGC has deployed a large military force in the Kurdish regions of Iran and Iraq to fight PJAK militants. The Party for Free Life of Kurdistan (PJAK) has been engaged in armed struggle against Iranian security forces and terrorist attacks inside Iran.

Send him an ivitation to Mykonos ;).

I am kurdish and from the Sanandaj area. A very large family and I do not know a single of his supporters.
They are not Iranian but turkish or Arab kurdish people.
I am Iranian and i stand with iran.not in my name

The Iranian government is apparently disagreeing with you. they believe Mr. Haj-Ahmadi and PJAK leaders are Iranian Kurdish citizens. That's the reason they have launched protest with the German authorities not to let one of its citizens reside in the country.

The boss might be just a name or a face with a dozen family members here and there.

But those pulling the trigger are not Iranians.