Photos from graduation oath-taking and epulet awarding of officer cadets, from military universities of the Islamic Republic of Iran's armed forces, on the field of Imam Khomeini Naval Sciences University in Nowshahr, October 6, 2009.
(click to enlarge) 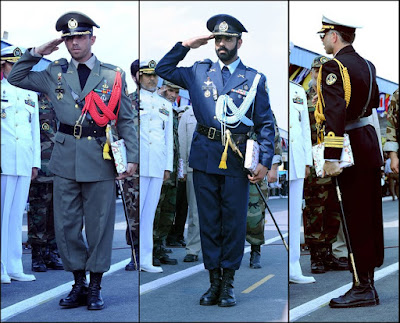 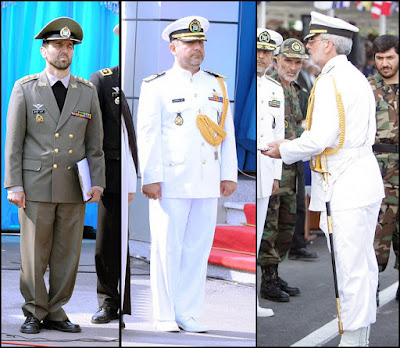 Graduating officer cadets of the IRIAF, IRIA and IRIN.
Note: Any corrections and additions greatly appreciated.

Well. Ludo since i was browsing this page and i'm not much active here maybe i can give you info if you dd me on yahoo MS

Thank you for the info.

Wikipedia has an article, "Rank insignia of the Iranian military" (ref. http://en.wikipedia.org/wiki/Rank_insignia_of_the_Iranian_military).

For Sartip dovom (Iranian military equivalent to Major General in the U.S. armed servies), shown is two crossed swords (scimitars, apparently), two sheaves (of wheat?) and another symbol between the two sheaves. What is that symbol?
Also, what does the third symbol, the sheaves, and the swords each represent?
Please e-mail me at bilingualdet@gmail.com

Thank you for posting those photographs. I am visiting Iran soon. (By the way I have nothing against America or Israel - Britain is another matter however!)