A Separation Wins the Oscar 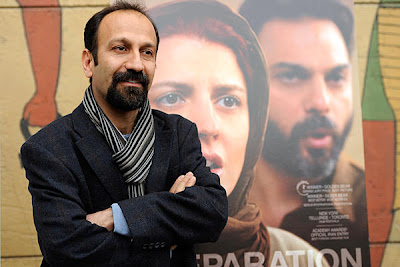 A Separation, the universally acclaimed Iranian film written and directed by Asghar Farhadi and starring Leila Hatami and Peyman Moaadi, received the Academy Award for Best Foreign Language Film. A Separation becomes the first Iranian film to win an Oscar.

A Separation has also received the Golden Bear for Best Film and the Silver Bears for Best Actress and Best Actor at Berlin Film Festival as well as the Golden Globe for Best Foreign Language Film.

Email ThisBlogThis!Share to TwitterShare to FacebookShare to Pinterest
Labels: A Separation, Iran arts

I liked his speech.