Iranian patrol boats and aircraft shadowed a U.S. aircraft carrier strike group as it transited the Strait of Hormuz on Tuesday.

But officers onboard the USS Abraham Lincoln said there were no incidents with Iranian forces and described the surveillance as routine measures by Tehran near the strategic strait, which is jointly controlled by Iran and Oman.

[J]ust after the Lincoln rounded the "knuckle" — the nub of Oman jutting out at the southern end of the strait — an Iranian patrol plane buzzed overhead. Another patrol boat was waiting further down the coast, said Rear Adm. Troy Shoemaker, commander of the Abraham Lincoln Carrier Strike Force.

He predicted before the transit that the Iranians would likely keep a close eye on the Lincoln throughout its passage, including with ground-based radars. He wasn't surprised by the attention from Iranian forces.

"We would do the same things off the coast of the United States ... It's more than reasonable. We're operating in their backyard," [USN Rear Adm. Troy Shoemaker said]. 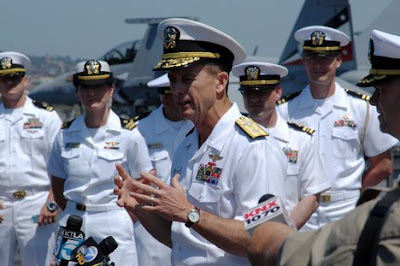 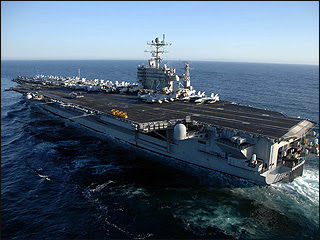 A reasonable comment by a professional member of a armed forces unlike that big mouth clown of the IRGCN who said "WE ARE NOT IN THE HABIT IN WARNING TWICE."
This so called commander was proven what a stupid individual he is when the US navy sailed their aircraft carriers through the straight of Hormuz several times.


The BBC's impartiality has been called into question by British lawmakers after the corporation was accused of becoming the "propaganda arm" of the European Union.

The revelation came when the BBC admitted in a letter that it has received nearly £3million in grants from the EU since 2007, The Daily Telegraph disclosed.


An Iranian toy company has sent a pink replica of the US RQ-170 Sentinel spy drone captured in December to the US President Barack Obama.

The replica, made by the Iranian Aaye company, is about one-eightieth the original size and is marketed as a toy carrying a $4 price tag.

“We wanted for Mr. Obama himself to have these toys and know that Iranians don't leave anyone's requests unanswered. We made the 'RQ' in pink as it is Mr. Obama's favorite color and we will send it to him via the Swiss embassy," Reuters reported the head of the cultural department of the Aaye Company Seyyed Saeed Hassanpour as saying.

"We decided to show that we can deal with this issue in a very friendly and peaceful manner and put it in the playful hands of the children of Iran to pursue a 'soft war' with Mr. Obama and the US. This was the aim of producing this aircraft," Hassanpour concluded.

The day of arrival was set for February 1, 2012 but there has been no confirmation of its delivery.

Mat,
There was no barking about BBC being biased during the Islamic revolution in Iran. Back then they were heroes of the Mullahs for telling the truth about the Shah.

The BBC still support this regime.They honestly believe that Mousavi and co are the actual opposition in Iran against that regime.
The BBC and VOA might as well be run by the IRGC.The people of Iran must realize that only they can defeat the mullah theocracy in Iran.