The 18th flotilla of warships dispatched by Iran to the Gulf of Aden on an anti-piracy mission docked at the Saudi port city of Jeddah today, Iranian Navy Commander Rear Admiral Habibollah Sayyari said on Saturday.

The Iranian Navy dispatched its 18th flotilla of warships to the Gulf of Aden on January 21 to protect the country's cargo ships and oil tankers against Somali pirates.

Addressing a ceremony here in Tehran today, Sayyari said the Iranian Navy's fleet of warships, comprised of Khark warship and Shahid Naqdi destroyer, docked at Jeddah this morning, and added that the mission is part of the Navy's moves in line with the orders of the Supreme Leader for having a stronger presence in the high seas.

The commander said that the navy ships' 70-80-day mission is aimed at demonstrating Iran's power in the high seas. 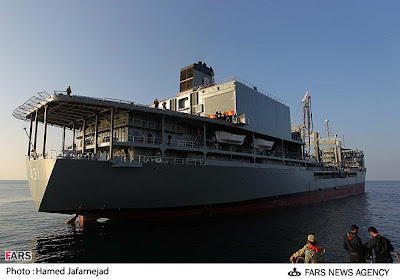 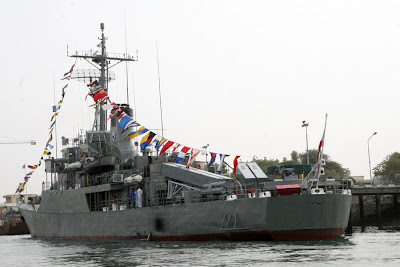 Seriously if Iran wants to project power, they should make those junkers invisible. The headline should read, "Iran Docks floating scrap metal at Saudi Port."

That is good news. The Arab street is very pro-Iran and even the ruling sheikhs are very cautious about US/Zionist intrigues of divide and rule by pitting Iran against the petro-monarchies. Iran needs to reasssure the Arabs that its deterrence power poses no threat to them. In reality, Iranian strength is good for the Arabs as well as the Zionists will never cease their cancerous evil in the region.

Should be able to possibly not be captured by Somali pirates.... or at last hold them off before succumbing.

The title is much more impressive than he pictures!

Floating junkyard.Totally agree with Anon 6:36 PM should have an invisibility cloak surrounding it.

Arent we supposed to think Saudi and Iran hate each other? Wasnt there something about some sort of assassination attept recently?