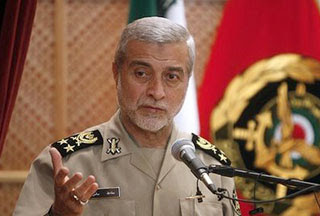 "We warn aggressive countries… that they will face destruction should they make any mistake," Gen. Salehi said today. "We will not allow aggressive powers to launch any attack on Iran.”

“Plans for a military attack against Iran have gained momentum in Tel Aviv over the past few months,” Press TV said on its website. “Israeli Deputy Foreign Minister Danny Ayalon [has] warned Iran that Tel Aviv's persistent threats of military action were not just a bluff,” [Press TV, 15 March].