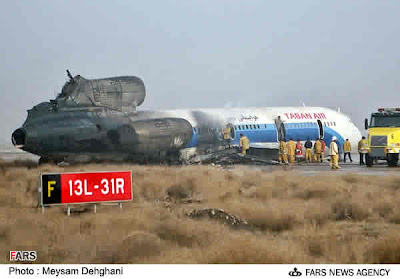 Details of the Tu-154M crash landing in Iran are now available.

A Kolavia Tupolev Tu-154M, on behalf of Taban Air, registration RA-85787, performing flight HH-6437 from Isfahan to Mashhad with 157 passengers and 13 crew members aboard, was holding near Mashad due to below minimum visibility, when apparently a passenger became seriously ill. The crew declared an emergency and attempted the ILS approach to Mashhad's runway 31R despite low visibility. Upon touchdown at 07:20L (03:50Z) the aircraft veered temporarily off the runway, the landing gear collapsed, one wing impacted the ground and the aircraft burst into flames. Forty-two people received minor injuries and were taken to local hospitals. The aircraft received substantial damage including the separation of both wings (sheared off at the mount points of the main landing gear struts) and the vertical stabilizer.

The flight had originated in Abadan on Saturday evening (Jan. 23) and was diverted to Isfahan due to poor visibility in Mashhad, with some media in Iran reporting the aircraft may have diverted to Isfahan due to a technical problem. The aircraft departed Isfahan for Mashhad again at 05:35L. MHD ILS CATI minimum visibility is 800m but according to METAR visibility at the time was only 200m due to fog. The cause of the accident is under investigation, however early indications show pilot error.

Runway 13L/31R remains closed following the accident. The runway is 3811 meters (12500 feet) long and is equipped with a Category I ILS.

RA-85787 is a Tu-154M owned and operated by Kolavia for Taban Air. Taban Air has seven Tu-154s, of which six are operated by other carriers, including Tajik Air and Kolavia. Iran's Civil Aviation Authority has suspended the Air Operators Certificate (AOC) of Taban Air effectively grounding the airline. 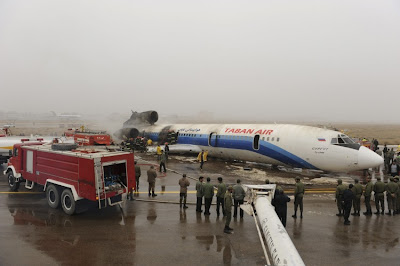 The Tu-154M was performing services for Iranian carrier Taban Air, although the fuselage colour scheme shows the aircraft is from the fleet of Russian carrier Kolavia. It also carries the name "Surgut" in Cyrillic on the nose, identifying the aircraft as RA-85787. Images from the scene show the aircraft resting on its fuselage underside, with both wings and the landing-gear torn away. The aircraft has suffered heavy fire damage at the rear, where the aircraft's three engines are mounted, and the vertical fin and horizontal stabiliser are no longer attached. The ruggedness of the Tu-154 design may be credited for the amazing lack of fatalities in this crash landing. Responding emergency crews are also to be commended. 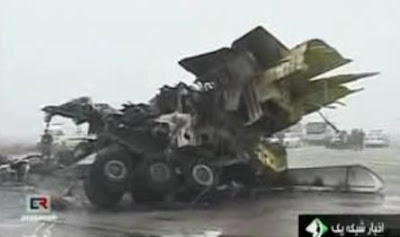 Landing gear on the Tu-154M torn away due to unsurfaced conditions initially encountered upon landing. 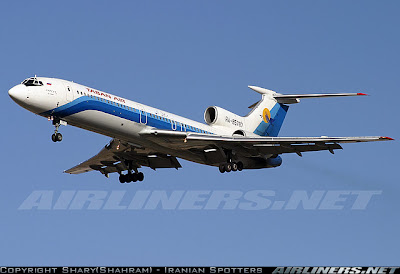 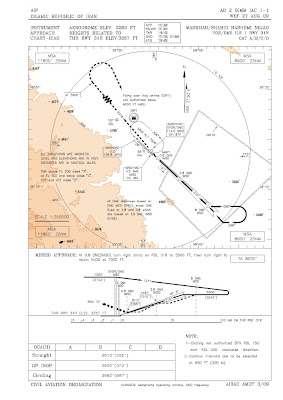 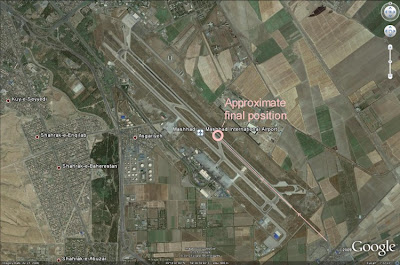 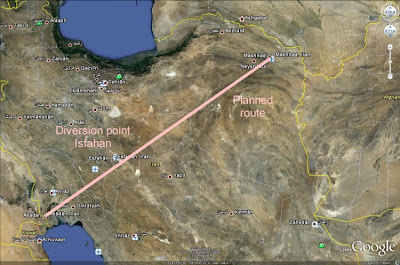 Route of Taban Air flight HH-6437. (courtesy Google Earth)
Details for this post provided by Simon Hradecky at the Aviation Herald and David Kaminski-Morrow at Flightglobal.
Posted by Mark Pyruz at 12:13 PM

It really is a miracle.