The production lines for the Seraj-1 high-speed patrol boats and a new generation of the Zolfaghar fast attack craft were launched on Monday by Iranian Defense Minister Brigadier General Ahmad Vahidi.

The new generation of the Zolfaghar vessel is capable of launching Nasr-1 missiles, and sailing at a speed of 70 knots (82 mph). It is claimed to be able to operate in an average wave height of 1.21 meters while its missiles will effectively work at a height of 1.25 meters.

At the production launch, Commander of the Islamic Revolution Guards Corps Navy (IRGCN) Rear Admiral Ali Fadavi said that speed boats, especially the newly mass-produced missile-launching vessels, have granted high mobility and power to the IRGC Navy and made it a unique force in the world.
"As regards high-speed missile-launching vessels, no country in the world enjoys such a power (that Iran has)," Fadavi said, addressing a ceremony held to mark inauguration of the production lines of two types of new speed vessels.

"We emphasize that we have gained a unique power in this field of naval defense," Fadavi went on saying.

The commander further stressed his forces' capability to repel possible attacks on the country, and stated, "Given the unimaginable growth in Iran's defensive power, we can defend our country's borders and interests in the best possible way."

Meantime, Fadavi stressed that the country's growing trend of defensive power would continue at a higher pace in future.
Photos: 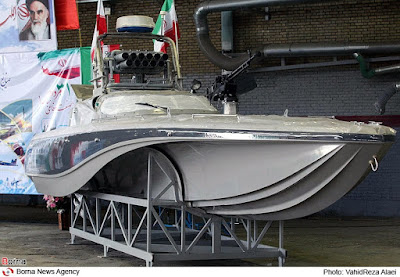 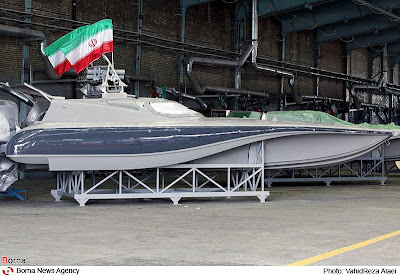 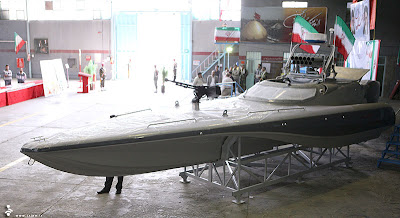 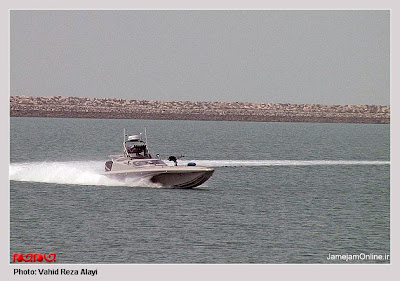 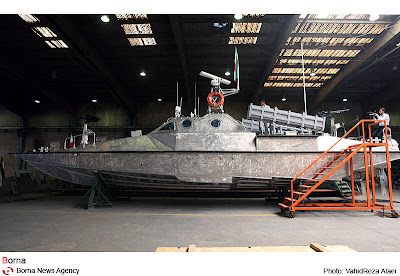 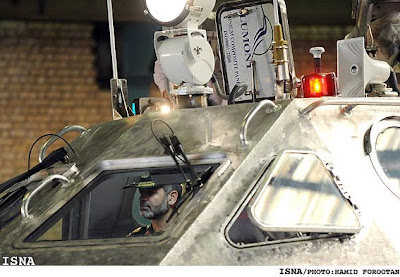 Defense Minister Vahidi peers out from the control station 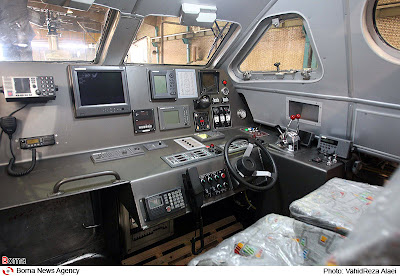 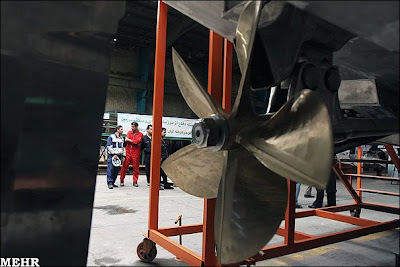 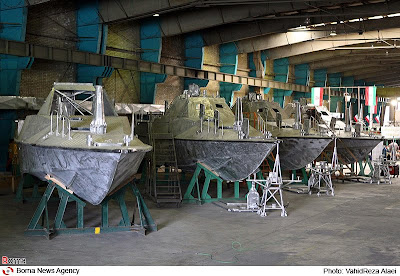 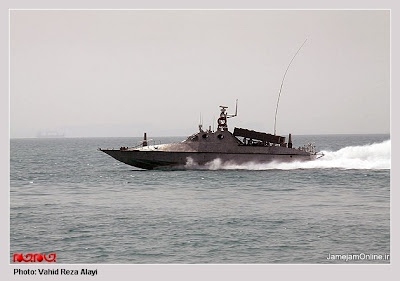 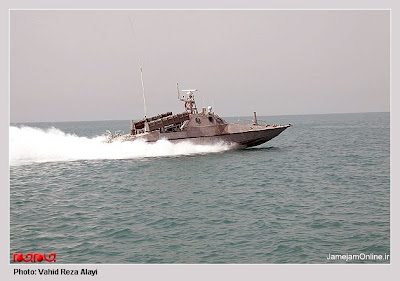 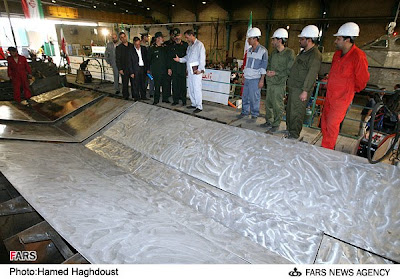 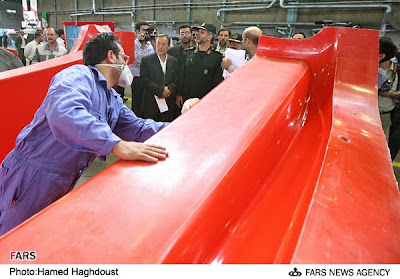 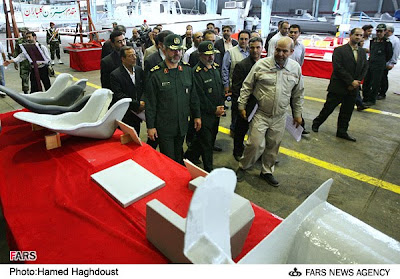 Doesn't Iran have better machine guns than the DShK 12.7mm? That looks totally out of place here on the Zolfaghar.

Germany imports 100% of its raw material, its mercedes is made of 100% imported raw material

The usa imports almost 75% of its raw material, I am not gonna even start mentioning how much the US economy owns "China"

Are those over-the-horizon Nasr missiles good for anything other than stationary targets... or are there perhaps homing support drones on board ?

Or maybe, as with the new unmanned bomber, the terminal homing pilots are somewhere else (with the bomber also carrying remotely controlled acquisition and illumination radar, though hardly able to fit in the drone's slender body!): in an aircraft at max.ceiling or in a future satellite command bunker?
...else boat and bomber are only used to extend the missile range.

Don't know if the Nasr has much affiliation with the C-801K but there's also a sub launched version (C-801Q) and Ghadir or Kilo/Qae(e)m have greater survivability in war time than those surface vessels I suppose.

(Yes, I just love subs so I tend to harp on about them a bit)