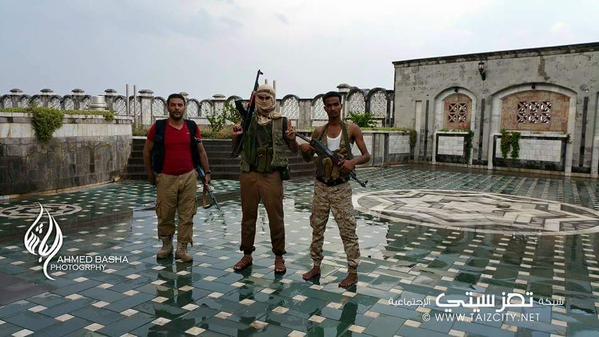 Southern Resistance forces today retook Shabwa province in southern Yemen. The Houthi insurgents and their allies handed over Shabwa to Southern Movement and withdrew after given safe passage out of the area, a military official told AFP. The Houthis reportedly booby-trapped government buildings before fleeing, AFP reported. Southern Movement is a southern secessionist group.

Other sources also confirmed the Houthi pullout from Shabwa (see the map below).

“The province has been handed over to Southern Movement,” said Salem al-Awlaqi, a political activist in Shabwa. (AFP, 15 August)

Pro-government forces, backed by UAE military, are advancing toward Taiz, the country’s third largest city and the gateway to the capital Sanaa. The Houthis captured Taiz in September. Reports and photos appearing in the social media on Saturday show anti-Houthi forces seizing the government’s complex in Taiz (top photo). The recapture of Taiz by pro-government forces will be a serious blow to Houthi chances to hold on to Sanaa for long, and a major victory for UAE-backed forces that also retook Aden. 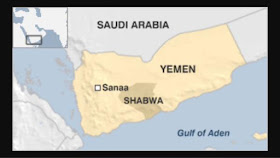